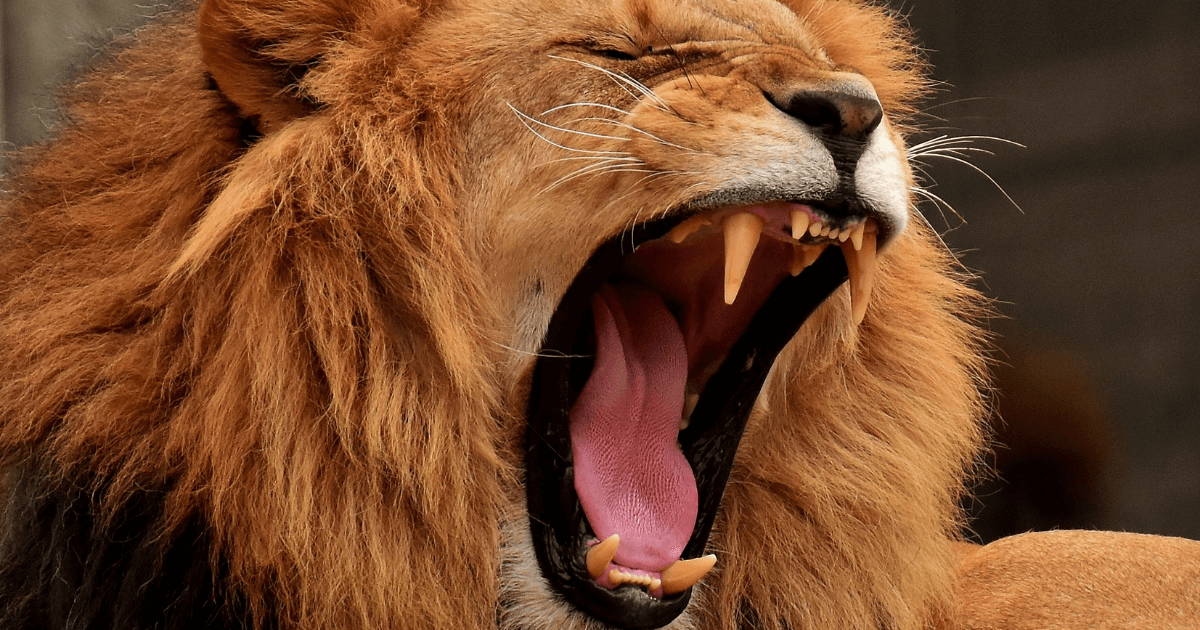 Do you know that male lions sleep up to 22 hours a day? You may already know that lions are powerful, majestic, highly revered in the jungle, deadliest and smartest in the animal kingdom, you are about to find out some strange and mind-blowing  Lion facts in this interesting article.

2. Quite amazing to know that, unlike other cats, Lions are great swimmers.

3. On average, lions eat about 18 pounds of meat per day.

4. After Tigers, Lions are the second largest of the big cats family.

5. The longer and darker a male lion manes is, the higher the chance of a female lion mating with them.

6. Only 1 in 8 lions make it to adulthood after being kicked out of their pride as early as the age of two.

8. Often regarded as the king of the Jungle but it would amuse you to know that lions live in grassland and plains.

10. According to research, lions get very close to their prey before chasing them.

11. Lions can run up to 50 miles per hour but only in a straight line for a few seconds per time.

13. Lions have a very sharp vision at night and can see six times better than humans due to a white patch of fur underneath their eyes that reflects more light.

14. In all of the big cat families, the lion is the most sociable of them all with up to 40 lions living in their pride.

15. It might sound strange but Hippopotamus, not lions are the most dangerous land animal with an average kill of 500 deaths per year compared to that of lions which are 100.

16. In Africa, Tanzania houses the largest number of lions in Africa.

19. Quite fascinating to know that a lion can live up to 20 years while in captivity.

20. Male lions surprisingly mate up to 100 times in just 48 hours to boost their chances of getting their females pregnant.

21. Astonishingly, male lions sleep up to 22 hours a day.

23. Lion comes in different colors such as brown, red, yellow, and tan.

24. A Jaglion is the combination of a male jaguar hybrid and a lioness.

25. More than half of a lion’s meal is produced from scavenging.

26. The African lion is the most common in the world partly due to its tan coats and loud roars.

28. Unlike Leopards, Lions do not purr.

29. Beneath a lion’s whiskers is a black spot. These patterns are unique and are very similar to a human’s fingerprints.

30. A Lion’s hearing aid is so sharp that they can hear the sound of prey from a mile away.

31. In Swahili, a Lion is usually referred to as “Simba”.

32. To kill a Lion in East Africa, Farmers often use a poison called Furadan. It’s so deadly, just a sprinkle of it on an animal carcass can kill an entire pride of lions that feeds on it.

33. During trophy hunts, over 600 Lions are killed on a yearly basis.

34. Interestingly, the Bulgarian currency is named Leva which means Lion in ancient Bulgaria.

35. A Lion’s claws are believed to be about three inches long which is almost equivalent to the length of a human finger.

36. Quite amazing to know that a lion can travel up to 12 miles in a single day or night.

37. Lions surprisingly get most of their waters from their prey and from plants such as the Tsamma Melon.

38. Despite been heavily labeled as the king of the jungle, there are some special cases where a healthy Hyena in its prime could attack a sick or wounded lion.

39. Due to their high level of vulnerability, cubs have a huge level of mortality rate ranging between 60-70%

40. A Lion’s roar can astonishingly reach up to 114 decibels. Almost double the normal safe hearing aid of humans and can also be loud as that of the sound of thunder.

41. A fight between a tiger and a lion could end in a stalemate as both have the capacity to cancel each other out.

42. Majority of the lions in the world are believed to be residents in Sub-Saharan Africa.

43. Of all the lion crossbreeds, the mating of a lioness and a tiger which is a Liger tends to yield more profits than others due to a perfect blend of mixtures.

44. Lions often use their tail as a tool for communication to lead or guide the pride.

45. Interestingly, cubs are usually born blind until after three to four days before opening their eyes.

46. Surprisingly, a female lion hunts for Pride while the male lions defend their cubs and territories.

48. The gestation period of a lion is about four months or approximately 110 days.

50. Age does catch up with Lions too as they become weaker from age 10 upwards.

51. Not all male lions have Manes of which are called the Tsavo Lions.

52. Lions are highly adaptable and can live in dry places such as the Kalahari desert.

53. Lions mark their territory using their wee to create a border or boundary.

54. In the big cats family, male lions are the only ones that look different from their species.

55. A Lion’s bite is believed to be 30 times stronger than that of a housecat.

56. Amazing isn’t it? A Lion’s pride can stretch up to 100 square miles consisting of grassland, scrubs, and open woodlands.

57. There are only two surviving species of lions which are the African Lions and the Asia Lions.

58. A male Lion’s mane doesn’t start growing until after 18months up till 5 years.

59. Contrary to many beliefs, a Lion’s claws are protractible not retractable.

60. A Lion’s tongue is capable of peeling the skin of prey away from the flesh.

61. In the animal kingdom, lions have one of the biggest mouths as they can open up their jaws up to 1 foot.

1 thought on “61 Interesting Lion Facts that Will Wow you”