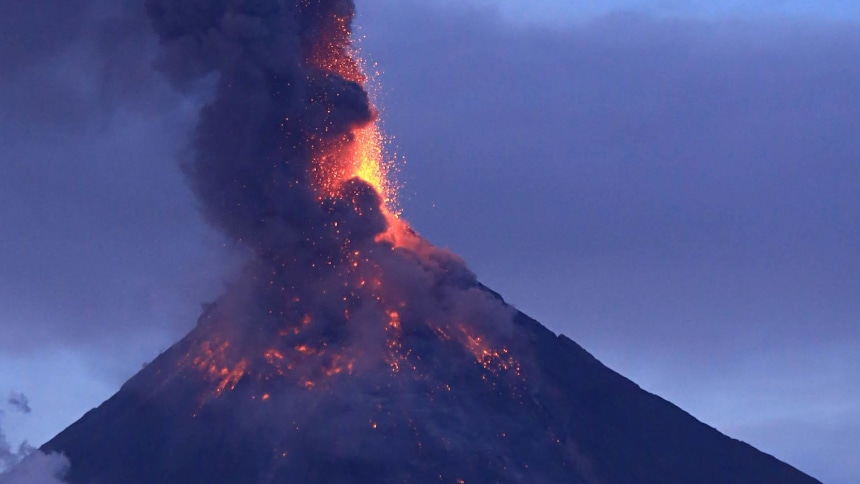 Volcanoes in the world are mostly found on the tectonic plates and this event is a rupture that happens in the crust of the earth, allowing hot lava to pour out from the magma. If you are fascinated about knowing more about volcanoes like myself, then you should keep reading. I have carefully collected interesting facts about different volcanoes to help you understand this natural phenomenon better.

1. In the location where this volcano occurred, it is the youngest in the area.

2. The initial signs of the volcano starting were first noticed by a farmer on February 20, 1943.

3. The location of this volcano is in the state of Michoacan, in central Mexico.

4. The Volcan was not very violent as the lava that spewed was very quiet through the 8 years of its activity.

5. In July 1943, when the lava started getting closer, the evacuation process in the village started.

6. After a week, the height of the volcano doubled from the initial 50 meters it was the first day it erupted.

7. The activities in the Paricutin volcano stopped in the year 1952.

8. The Yellowstone volcano is an active one but scientists say that it is not going to erupt soon.

9. In a duration of 2.1 million years, the Yellowstone volcano has experienced 3 huge volcanoes.

10. The Yellowstone volcano now acts like an underground steam engine that sprays geysers.

12. This active volcano was discovered by a member of the US Geological Survey, Bob Christiansen.

13. The third volcano that erupted here, happened about 640,000 years ago at almost the same place.

14. The volcanic stones of Mount. St. Helen’s is 2400 times lesser than that of Yellowstone volcano.

Do you know that there is an active volcano in Antarctica that is spewing microscopic crystals of pure gold? Explore 61 Fascinating and Fun Facts About Antarctica

15. Kilauea volcano is considered one of the most active volcanoes in the world.

17. The activities of this volcano are irregular because sometimes it requires residents to evacuate and sometimes it erupts so quietly that residents can stay and watch.

18. Since 1983, this volcano has been continuously erupting. According to the US Geological Survey, some of the eruptions reach about 330 feet in the air.

19. Kilauea’s main caldera usually attracts a lot of attention because once in a while, it rises to the surface.

20. For more than 30 years, the volcano has been erupting along its East Rift Zone.

21. The activities of this volcano can be sometimes unpredictable.

22. The last eruption of the Taal volcano happened in July 2021 and this caused about 21,000 people to evacuate.

23. This volcano happened in the country’s second wave of COVID-19 and this made things worse.

25. The Taal volcano is the second most active volcano in the Philippines although it is one of the smallest in the world.

26. This volcano is located on an island, near the capital city of the Philippines.

27. The lava from shield volcanoes has a very low viscosity and is sometimes termed basaltic.

28. About half of the shield volcanoes in the world are located in Hawaii.

29. The shape and the entirety of the shield volcanoes are based on how fluid the lava is, it requires high fluid lava.

30. On average, the height of a shield volcano is 20 times less than the width.

31. Iceland also has many shield volcanoes, but theirs are relatively younger at 5000 to 10000 years.

32. It has been discovered by scientists that there are also volcanoes in other planets in the solar system such as Venus and Mars.

33. La Palma is an island that is made up of two volcanoes that are located at the north and south of the island.

34. One of the eruptions that happened in the year 1971 lasted for about 3 weeks.

35. According to Guardia Civil Police Forces, some of the ashes that erupted reached about 15,000 feet in the air.

36. The citizens of the island were warned, and this allowed about 7000 people to evacuate during the last eruption.

37. In the last eruption that happened, about 1000 buildings were destroyed by the volcano.

38. The volcano followed two parts of flowing lava, which destroyed houses and farms of people.

39. Before the eruption of this volcano, a 4.2 magnitude earthquake happened in the area.

40. The place where this volcano erupted, Krakatoa Island is now almost destroyed.

41. This volcano affected the whole earth especially in temperatures and dead bodies being washed up the shores of other countries.

42. The volcano continued to erupt for many months before it stopped.

43. The tsunamis that were caused by this volcano are the most deadly effect of the volcano.

44. It was said that Krakatoa had been dormant for about 200 years before erupting in 1883.

45. The eruption that happened in 1883 is considered one of the deadliest natural disasters in the world.

47. The steam that erupted from this volcano reached a height of about 6 kilometers.

48. Mayon is on the list of the most active volcanoes in the world.

49. Since 1616, about 30 volcanoes have been recorded to have erupted from Mayon.

50. It is sometimes referred to as the most perfect volcano because it has a perfect symmetry shape.

52. About 10 thousand people have left this location because of back-to-back eruptions that have happened here.

54. This volcano is an active one but it takes about a century or two for another eruption to happen.

55. The eruption of Eyjafjallajokull in May 2010 caused several disruptions of several flights in the whole of Europe.

56. Eyjafjallajokull volcano is one of the few volcanoes that is covered by an ice cap.

57. Eyjafjallajokull volcano has 3 main peaks and its crater is about 4 kilometers in diameter.

58. Mauna is the largest volcano on the island of Hawaii, covering about 50% of the island.

60. Mauna Loa is one of the few shield volcanoes that exist in the US.

61. This volcano is one of the most active and also it is the largest volcano in the world.

Do you know that there have been 27 versions of the United States flag before the present one? Check out more 61 Fascinating Facts About United States of America