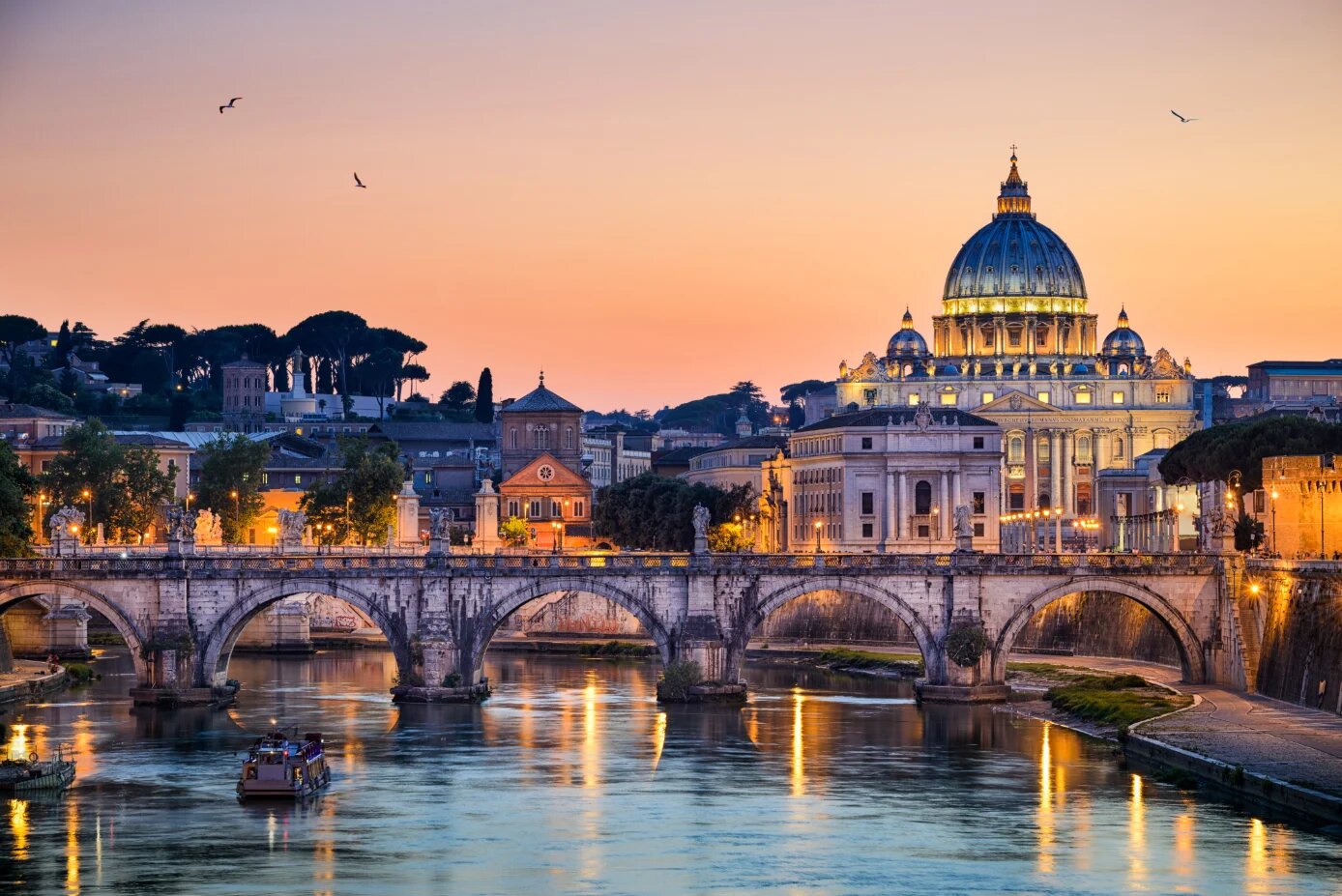 Light up your day with these collections of super interesting facts about Vatican City. Whether you are a tourist looking to discover things about Catholic culture, and history or you are just interested in having more knowledge about this catholic city.

Do you know that the construction of the Saint Peter’s basilica was financed through the sale of indulgences, which were granted to those who wanted their sins to be forgiven? I am convinced that these facts some of which may be surprising to you will expose the important and fascinating details about this religious nation. Fasten your seat belt because it is going to be a fun exploration ride of the seat of the pope.

1. At 0.44 kilometers Square, Vatican City is the smallest country on the planet earth.

2. The Vatican City came into existence in 1929 after the Lateran Treaty was signed, and it is ruled by the bishop of Rome which is The Pope.

3. One of the interesting things about Vatican City is that there is no delivery room in the country.

4. The St Peter’s Basilica which is where the body of Saint Peter is said to be buried is located in the Vatican City and is one of its attractions.

5. Vatican City is one of the few countries in the world that don’t have a major economy, as it is supported by the sale of postage stamps, sale of publications, and museum entry fees.

6. The yellow color on the flag of the Vatican City represents the spiritual power of the pole while the white color represents his worldly power.

7. When the Lateran Treaty was signed, this small country’s name was adopted from the Vatican Hills and its Italian name was Stato Della Citta del Vaticano.

8. Despite how small the country is, Vatican City does not practice democracy. Instead, it practices absolute monarchy, as the Pope rules it.

9. The Vatican City is pretty independent on its own, as it prints its own euro, issues its own passports and license plates, and has its own telephone and national anthem.

10. Vatican City is one of the two countries in the world (another being the Philippines) that does not have laws relating to divorce.

11. The construction of the Saint Peter’s basilica was financed through the sale of indulgences, which were granted to those who wanted their sins to be forgiven.

12. Ancient roman structures can still be found in the Vatican City and it is the headquarters of the Roman Catholic Church.

13. All the employees that live in the Vatican City do not pay taxes and they make use of vouchers for duty-free Vatican shops.

14. The first railway that opened in this small country was one year after it was founded in 1930 and it wasn’t used for passengers, but for freight.

15. The Vatican City is the only country on the planet earth that is both a country and a UNESCO World Heritage Site.

16. Construction of the Saint Peter’s basilica started in 150 AD under Emperor Claudius and was consecrated in 1626.

17. The first time that Vatican City was mentioned by a Pope was in 263 AD by Pope Dionysius when he mentioned it as Città del Vaticano.

18. The major criteria to become part of the Swiss Guard of the Vatican City is to be a Swiss citizen and also be 20 years old or more.

19. The Vatican City is one of the few countries in the world where the number of people visiting the country is higher than those living there.

20. The First edition of Euro coins of the Vatican City had Pope John Paul II in it and the special edition has Pope Francis.

21. The Vatican City doesn’t stock certain pharmaceutical products such as contraceptives or Viagra in their pharmacy.

22. The Vatican City coat of arms has a gold key with an olive branch in one and three silver keys and this represents the power to lose or bind on earth and also in heaven.

23. The Vatican is the only country in the world that has Latin as one of its official languages and you can withdraw with Latin as the language in the country.

24. The Vatican museums are a series of 1,400 rooms, chapels, and galleries and it is the 5th biggest museum in the world.

25. One of the largest telescopes in the world is the Vatican Advanced Technology Telescope.

27. Wine consumption in the Vatican is the highest per capita as this small country drinks the most wine in the world.

28. St Peter’s Basilica which is located in Vatican City is one of the most famous and biggest churches in the world.

29. Pope Julius II founded the Vatican Museums in the 16th century and it is made up of 53 museums in total.

30. Citizenship in the Vatican City is lost after completing work for the Vatican.

31. The postal service of the Vatican City is sometimes said to be “the best in the world” because of how fast and organized it is.

32. In 2014, the wine consumption in Vatican City was as high as seventy-four liters per person each year.

33. World-famous architects oversaw the construction of the immense Saint Peter’s basilica and including Bramante and Michelangelo.

34. The Pope that saw the beginning of the construction of the Saint Peter’s basilica was Pope Julius II and the one that saw the completion was Pope Clement XI.

35. The museum in Vatican City is home to the world’s most extensive collection of works of art over 14 kilometers in length.

36. Swiss Guards is the smallest and the oldest arm globally and was originally created to protect Pope Julius II.

37. Pope John Paul II joked that he lives in the most militarized country in the world and about every tenth citizen of the Vatican is a member of the Swiss Guard.

38. Tourism in the Vatican City is managed by the Tourist and Cultural Office of the State and about 5.5 million people visit this small country every year.

39. According to the Guinness World Record, Vatican City has the shortest rail track in the world which is about 400 meters.

40. The pharmacy in Vatican City is about one to 25 percent cheaper than pharmacies outside the country walls.

41. There is a place known as Passetto di Borgo, which provided an escape to Pope Clement VII in 1527 when Holy Roman Emperor Charles V invaded the country.

42. The Vatican has a research center in Arizona in the United States Where it has an astronomy research department.

43. Italians are allowed to donate 8% of their taxes to the Vatican City instead of paying them to the Italian government.

44. The Pope’s Residence is called Apostolic Palace and is also known as Palazzo Apostolico which contains 1,400 rooms.

45. L’Osservatore Romano is published by a private corporation and is the multilingual semi-official newspaper of the Holy See.

46. Despite how small the country is, Vatican City has a national soccer team.

47. In order for a Pope to be elected, 120 Cardinals under the age of 80 gather in the Sistine Chapel to vote for one of them.

48. Two-thirds of the people living in the Vatican City are clergymen and Catholic Church is the only church and religion there.

49. The Vatican City does not have a GDP (gross domestic product) as it does not produce items and trade as other countries do.

50. Pope John Paul II suffered an assassination attempt by Mehmet Ali Ağca who shot him four times, although he survived it and forgave the culprit.

51. Alois Estermann, the commander of the Swiss Guard that serves the Pope was murdered on May 4, 1998, and this was a shocking occurrence.

52. The Vatican City police arrested the Pope’s butler, Paolo Gabriele, for leaking some Vatican documents which were false.

53. Despite the fact that this is the smallest country in the world and a holy state, Vatican City is the country with the highest crime rate in the world.

54. When you are in the holy places of the Vatican City, one’s shoulders and knees must be covered as part of the dress code.

55. The Vatican City chose to be a carbon-neutral country by agreeing to create a forest in Hungary in 2007.

56. Women are very few in Vatican City as they make up about 5.5% of Vatican City’s population.

57. Vatican City is home to the busiest pharmacy in the world with over 2000 visitors each day.

58. According to historical documents, it’s assumed that Saint Peter was crucified on Vatican Hill.

59. The Vatican City is not part of the United Nations and is one of the few widely recognized independent states that are this way.

60. Before the Vatican City was built and completed, popes lived in Quirinal Palace in Rome or elsewhere.

61. The Vatican City banned the use and sale of single-use plastics as part of environmental conservation efforts in 2019.

Hope you enjoyed the ride, please tell us your view in the comment section below. What to know more about tourist cities? Check out 61 Interesting Facts about The Catholic Church or 61 Interesting and Fun Facts About Pope Francis