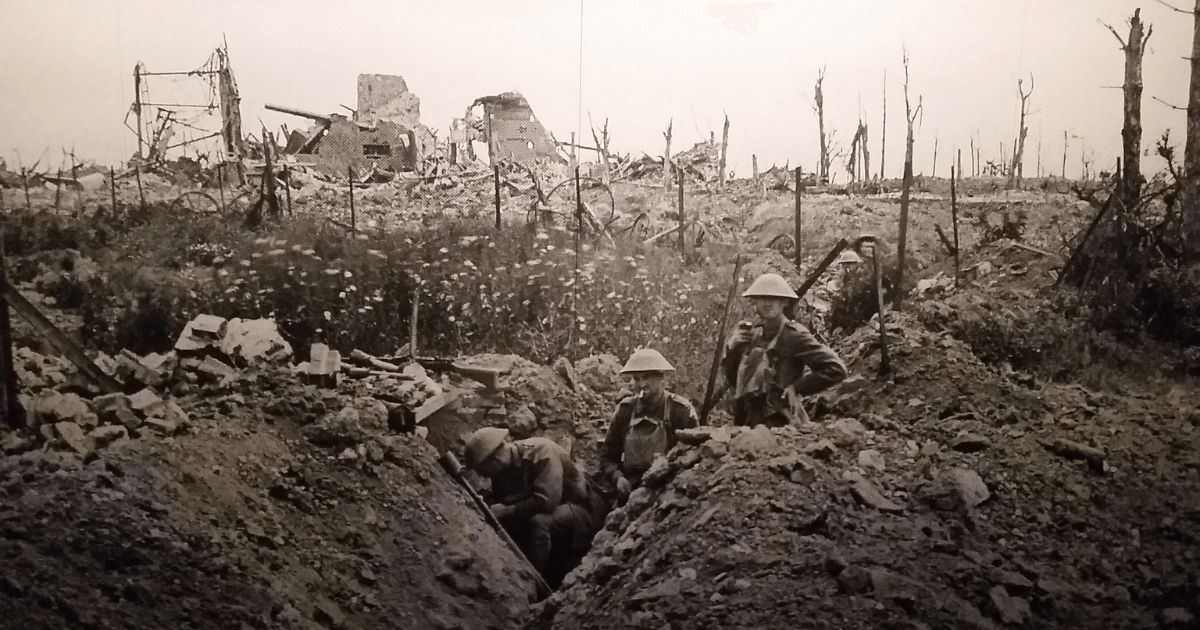 World War 1 was a war that involved much of Europe, as well as Russia, the United States, and Turkey. Do you know that about 30 different types of poisonous gasses were used during the war? We have done an extensive research to bring you some of the surprising and most interesting facts about world war 1 in this article.

1. Russia never made it past the German lines. Despite their several offenses, their army never had the chance to break through Germany’s defenses.

3. German trenches were known to last, unlike the British trench. They had bunk beds, water tanks with faucets, electric lights, furniture, and cupboards.

4. Artillery fires and bombs were loud enough to be heard up to 140 miles away. London could hear explosives firing up from the German army at Ypres.

5. During World War 1, Germany fought on two fronts. In the west, they invaded France through Belgium while in the east, they confronted Russia.

6. Russia’s defeat on the battlefield caused issues within the country. The poverty-stricken citizens started to suffer under the economic instability and food scarcity.

7. The biggest naval battle in WW1 was the Battle of Jutland. It was fraught in May 1916 and earned the British navy superiority on the North Sea.

8. Russia and France made Germany’s Schlieffen Plan not work by combining their huge war machine and fierce resistance in the east.

9. The Battle of Somme was the bloodiest battle in ww1 which took place from July-November 1916, caused by the Verdun’s strain on the French.

12. The Russian Revolution brought an end to their WW1 participation after The Bolsheviks and Vladimir Lenin initiated a revolt.

13. The leaders of Austria-Hungary waited for the assurance of the German leader before declaring war.

15. The United States prepared for war in February 1917 and the Congress passed a bill stating arms appropriations worth $250 million.

17. Austria-Hungary declared war on Serbia on July 28, 1914, after getting the German leader’s consent.

18. World War I is the 3rd deadliest war in history. It only comes under the Taiping Rebellion and Ww2.

19. The fall of 1918 witnessed the dramatic fall of the Central Powers in the War.

22. World War I forecasted the essential role of aircraft in military problems worldwide.

23. A total of 12 battles took place along the Isonzo River.

25. The Battle of the Marne was the starting point of trench warfare.

26. Europe as a whole was divided into The Triple Alliance and The Triple Entente in 1914.

27. Dogs served as messengers in WWI, they helped by carrying capsules on their bodies containing orders to the front lines.

28. The Allied Powers were made up of Great Britain, Russia, France, Romania, Italy, Japan, and the United States.

29. In preparation for the ww1, it only took a week for Serbia, Russia, Great Britain, Belgium, and France to line up against Austria-Hungary and Germany.

Do you know that President Garfield’s assassin bought a gun that he thought would look good in a museum? Check out 61 Fascinating and Interesting Gun Facts.

30. The Ottoman Empire only joined the Central Powers by late 1914.

32. The Central Powers were made of these countries: Austria-Hungary, Germany, Bulgaria, and the Ottoman Empire.

33. The blank check that was received by the dual monarchy served as a guarantee of Germany’s assistance in the state of war.

35. The 31st US President Herbert Hoover was appointed Food Administrator during the war.

36. About 30 different types of poisonous gasses were used during the war.

37. The Central Powers only lost about 4 million soldiers although they were defeated.

38. Most of the sinking of ships during the ww1 took place near the coast of the English Channel.

39. Pigeons also carried messages between the front lines and the headquarters.

40. WW1 propaganda posters helped in the transmission of information to the public about what was happening.

41. If WW1 brought any good into the world, it was the liberation of women and African Americans.

43. The Russian troops were the largest army in World War 1.

45. The Germans demonstrated skills in intercepting and deciphering codes from the Allies.

46. Manfred Albrecht Freiherr von Richthofen of Germany was hailed the most successful pilot in ww1.

49. After the war, the Allied leaders held the Paris Peace Conference in 1919 to stop another war from emerging.

50. Many military conflict technologies debuted during World War I such as tanks, machine guns, aircraft, and radio communications

51. Germany was the last country to seek the armistice on November 11, 1918, after others had signed the armistice.

52. After World War 1, a total of four different empires crumbled because of the after-effects of the war.

53. Germany did not succeed in winning the Battle of the Marne.

54. The Germans killed and destroyed everything as they advanced to France through Belgium.

55. The Second Battle of Marne was the last German offensive in World War 1.

56. Before World War 1, “Landships” was the original name for tanks before the British influenced the change of name.

57. During World War 1, Young Winston Churchill resigned from his post in 1916 after his failed Gallipoli campaign.

58. A British author T.E. Lawrence worked as intel for the Allies in the Middle East.

60. The Allies succeeded in eliminating the Germans out of France after they invaded it.

61. Russia and the Central Powers signed the armistice on the 11th of November, 1918.

Do you know that the Nazis considered sending the Jews to the island of Madagascar before deciding to gas them? Check out more 61 Fun and Surprising World War 2 Facts.