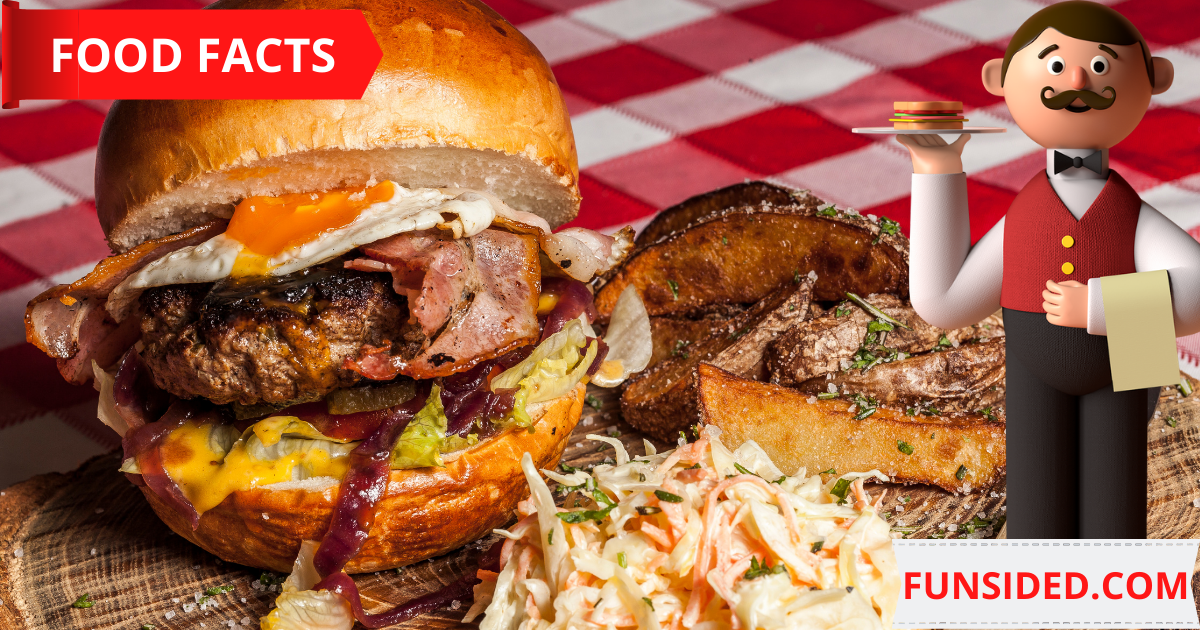 
Do you know that peanut butter can be transformed into diamonds due to its high percentage of carbon? Food is any substance consumed to provide essential and nutritional support to the body of an animal or man in other to provide energy, repair, and enhance growth. In the article below, we will be exploring some interesting and Shocking Food facts.

1. High consumption of dairy products can cause acne.

2. Ironically, over 70% of olive oils being sold aren’t original.

4. As shocking as it may sound, chocolates were once used as currency in the ancient Maya.

6. When not properly prepared, pufferfish or fugu can kill faster than cyanide because it contains over 1,200 toxins.

7. Coconut waters can sometimes be used as blood plasma in the case of emergencies.

8. A popular delicacy around the world called Milt is a product of a Male Fish Sperm.

9. On average, McDonald’s hamburger sells at a bizarre rate of 75 pieces per second on a daily basis.

10. One fast-food hamburger may surprisingly contain up to 100 different cows.

11. Ketchup was once used to cure diarrhea among other diseases back in the 18th century.

12. Despite having a nut in its name, it’s shocking to note that Peanuts is actually a Legume, not a Nut.

13. The most expensive fruit in the world is the Japanese Yubari cantaloupe. The two melons were once auctioned at a jaw-dropping $23,500.

14. Bananas are happy fruits and can be used in fighting depression.

15. When the quantity of nutmeg intake is too much, it can surprisingly cause hallucinogens.

16. Honey is strangely made from nectar and a Bee’s vomit.

17. Because it’s made up of 96% water, the cucumber remains one of the most hydrating foods.

18. Apples don’t sink in water because 25% of their volume is made up of air.

19. Research suggests that peanut butter can be transformed into diamonds due to its high percentage of carbon. Read more about this on BBC.

20. Potatoes can reflect and absorb wireless signals due to their high water content and chemical makeup.

21. In 1979, the most productive egg-laying chicken was from Missouri, US of which she surprisingly laid 371 eggs in a year.

22. Honey can never go bad once stored in low moisture and acidic environment. It’s believed they have a shelf life of over 3,000 years.

23. The first generation of carrots were believed to be Purple, not orange like the ones we do have around now.

24. Tomatoes were once labeled as “Poisonous” back in the 18th century because people get ill and die after consuming them.

25. Grapes are not friends with microwaves as they can explode because they don’t have the ability to absorb enough electromagnetic waves.

26. Due to the high concentration of acids in cracker biscuits, they tend to cause cavities faster than candies.

27. As bizarre as it may sound, fruits salad trees do exist and they can be located in Australia.

28. Surprisingly, peppers have a relatively higher percentage of Vitamin C than oranges.

29. Unlike limes, lemons do float due to their lower density.

30. Annually, it is believed that over 4% of cheese is across the world. Are been stolen.

If you love cheese,  you have to start protecting it with your gun before it gets stolen. Let dig into more food facts.

32. Red wines strangely cause more drowsiness in a man than alcoholic drinks.

33. When in Airplanes, our taste buds drop drastically by 30% due to the high altitude.

34. Pineapples are perennial in nature and it takes about two to three years to produce fruit.

35. It’s fascinating to know that most orange juices aren’t genuine as they claim.

36. Excessive use of garlic on the skin can cause up to second or third-degree burns on the body.

37. Despite the high concentration of sweetness in strawberries, Lemon has twice the percentage of sugar than strawberries.

38. It would fascinate you to know that Apples are more effective to wake you up in the morning than taking a coffee.

39. Until foods are mixed with saliva we can’t taste them.

40. Surprisingly, French Fries are originally from Belgium, not France.

41. Annually, over one billion snails are served in restaurants.

43. Cabbage is a very healthy fruit as it contains over 92% water.

44. The hottest pepper in the world is called the Carolina Reaper.

45. The most expensive spice in the world is called Saffron.

46. It would interest you to know that Almonds are seeds, not nuts.

47. Only humans can drink milk after infancy.

48. Bizarre but true, humans kill over 1770 animals for food per second.

49. Dynamites are shockingly made from Peanuts.

50. There is no food that provides all the nutrients a child needs than Breast Milk.

51. Child food allergies have approximately cost US 25 Billion each year.

52. In 2015, NASA astronauts ate food that was grown in space for the first time.

54. India has the lowest meat consumption rate per person in the world.

56. Research suggests that California is the fifth-largest supplier of food in the world.

57. Raw Oysters are basically served alive when we eat them because once they die they are no longer edible again.

59. Chilies and peppers are not actually hot as we think but they possess a chemical that tricks the brain into making it look hot.

60. White chocolate doesn’t contain any form of chocolate but more vanilla and milk.

61. All parts of an egg are edible including the shell as they are very rich in Calcium.

62. Surprisingly, just two pieces of banana will give you the energy needed for a 90 minutes workout.

Do you find these food facts interesting? Leave a comment below and share if you like the content. Do you know that Your brain can generate enough electricity to power a small light bulb? Click here to check out more fun facts about your body.