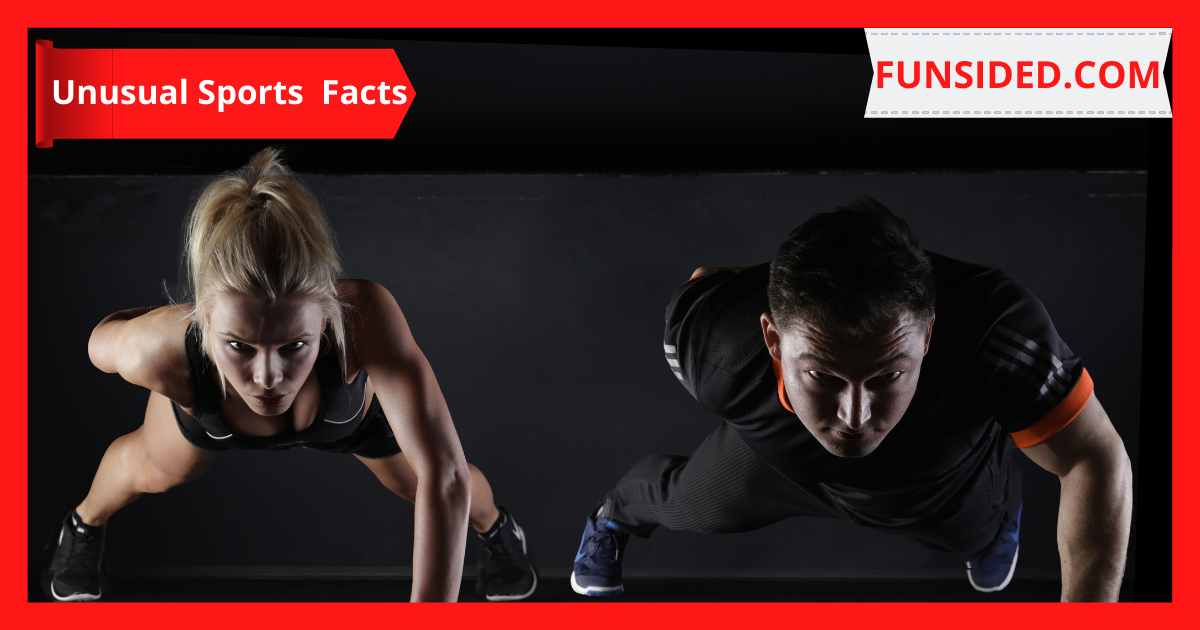 In times past or during our lifetime, some unusual sporting moments look unexpected or unmatchable while some leave us at the edge of our seats. However, in this article  we will wow you with some unknown but real sports facts that will send shock down your spine:

2. The longest tennis match lasted for a record 11 hours and five minutes at Wimbledon in 2010. John Isner of the United States defeated Nicholas Mahut of France in a game that finished after three days.

3. Looks strange but Basketball legend Wilt Chamberlain never fouled out of a game throughout his 14 years stint in the NBA.

4. The first-ever cheerleading squad in the NFL was recruited by the Dallas Cowboys in 1972.

5. It would interest you to know that the only sport to be ever played on the moon is Golf. On the 6th of February, 1971, Astronaut, Alan Shepard hit a golf ball on the moon.

6. Sounds unbelievable but Kite Flying is a professional sport in Thailand.

7. On average, the lifespan of a baseball in Major League Baseball is between five to seven pitches.

8. Umpires in Major League Baseball are often required to wear black underpants in an attempt to avoid a wardrobe malfunction.

9. Surprisingly, the first Olympic race was won by a Chef named Corubus in 776 BC.

11. The oldest sporting event in the US is the Kentucky Derby. It’s a yearly competition and started back in the 18th century.

12. In 1896, the first modern Olympic games were held in Athens Greece. Surprisingly, no female athlete was allowed into the event.

13. Statistically, it is believed that Golf balls travel at a speed of 170 mph.

15. The first set of baseball caps were unbelievably made from straws.

16. Popular major league baseball pitcher, CY Young holds the record for the most career innings in the league with over 7,356 innings recorded.

17. Sounds bizarre but Boxing only became a legal sport in the 19th century due to safety concerns for the players.

18. With the first and last stitch hidden, it would fascinate you that a baseball has exactly 108 stitches.

20. In Major League Baseball, over 850,000 balls are used per season with a budget of around 5.5 million every season.

21. On average, over 42,000 tennis balls are often used at the Wimbledon Championship.

23. Bill Klem holds the record for the most served in the major league baseball with an outstanding total of 5,368 games umpired.

24. The first professional team to field nine players who were either Blacks or Latino in the major league baseball is the Pittsburgh Pirates back in August 1971. However, they went on to win the World Series that same year.

25. Prior to 1937, referees usually tossed a jump ball after every basket in basketball.

26. Kareem Abdul-Jabbar holds the record for the most points scored in NBA history with a total of 38,387 points.

27. It would interest you to know that Athletes are more likely to break records in the afternoon than in the morning due to body temperature usually at its highest.

28. It would shock you to know that prior to 1910, an incomplete forward pass in football would attract a 15-yard penalty.

29. Tug of war was once an Olympic event between 1900-1920. However, they are now considered distinct from other sporting events.

30. Funny but true, three consecutive strikes in bowling is called a Turkey.

31. On average, it takes over 3,000 cows to supply the NFL (National Football League) with enough leather for an annual supply of football.

32. Table tennis balls can travel off the paddle at an astonishing speed of 105.6 miles per hour.

33. In the National Football League, it is believed the home team must provide 24 footballs for indoor games and 36 for outdoor games.

34. In the history of the high jump, no one has ever stayed off the ground for more than a second.

35. Ironically, at horse race tracks, the favorites winning stands at the rate of 30% or less.

36. Identifying players by their jersey numbers on the field of play was kick-started in Baseball by the Yankees in 1929.

37. Clearly hunting is fun as over 100 million people have hunting licenses.

38. American Swimmer, Michael Phelps holds the record for the most Olympic medals ever won with a record-breaking 28 medals between 2004 and 2016.

39. The three sporting events that command the highest number of Television audience includes the World Cup (Football), Summer Olympics, and Formula One.

40. It would shock you to know that the last time athletes were awarded real gold at the Olympics was as far back as 1912. Now athletes are given silver with gold plating.

41. Who could have thought Golf was once banned in England in the 14th century because it was deemed a distraction in the pursuit of professional Archery.

42. Sounds bizarre but Bulgaria is the only team at the USA 1994 FIFA World Cup in which all eleven players’ names ended with the letters “OV”.

43. Since the turn of the modern Olympics events in 1896, it’s unique that only Australia and Greece have always participated in every game.

44. Dog surfing has to be one of the coolest sports ever, it started way back in the 1920s. Competition and exhibitions for dogs surfing are majorly around coastal areas in the US.

45. Sounds dangerous but ostrich racing is real and its root emanated from the Ancient Egyptian Queen Arsenault the II who was depicted riding an ostrich. Racing is believed to be popular in the US with the Lastima Standler Ostrich racing festival in Arizona attracting over 100,000 spectators.

46. Zorbing looks strange but is also fun to play as well. It has been around since the mid-90s and has since become a global success. It is also referred to as Globe Riding or Hill Rolling.

47. Psycho ball has been around for over 120 years and it’s been very popular in Europe for ages. Combining bicycles and football has to be one of the most difficult tasks in sports.

48. Chess Boxing is also another fascinating sports event where players can checkmate their opponents in chess after losing a round of boxing in the previous round. It was invented by a French artist in 1992 called Enki Bilal.

49. Snail racing does exist and the Championship began in the 1960s. The fastest snail was named Archie and won Gold within two minutes at the 1995 World Championship.

50. In 1950, India qualified for the Fifa World Cup by default after all nations in their qualifying groups withdrew. Although, the Asian team also withdrew from the tournament after the Indian Football Federation shockingly prioritized the Olympics over the World Cup.

51. The first live televised football match was aired in 1937 in a game involving Barnet Vs Wealdstone.

52. Surprisingly, there’s a 150-year-old oak tree at the center of a soccer field in Estonia.

53. Looks strange but Sheep counting is a professional sport in Australia.

55. Wrestling is often regarded as the oldest sport in the world with paintings dating back to 15,000 plus years.

56. The Tour De France literally has to be one of the most loved sports in the world with riders allowed to govern and create a sense of ethos amongst themselves.

57. Wife carrying is a weird sport and it was first introduced in Sonkarjavi, Finland. Contestants carry their wives over a 253 mete obstacle course and the wife must not weigh more than 100 pounds.

58. In a Baseball match, there are only 18 minutes of action.

59. Shocking statistics reveal that only the Philippines has competed in 20 summer Olympics without winning a gold medal.

60. Bobby Knight, Dean Smith, and Joe B. Hall remain the only trio to have won the NCAA title as a player and as a coach.

62. Shaquille O’Neal missed a career total of 5,317 free throws but surprisingly only 72 players have attempted more than him in the history of the NBA.

Do you find these sports facts interesting? Leave a comment below and share if you like the content. Do you know that during World War 1, English and German Soldiers reached a Christmas Truce to play a friendly match? Click to check out Interesting Uncommon Football Facts.