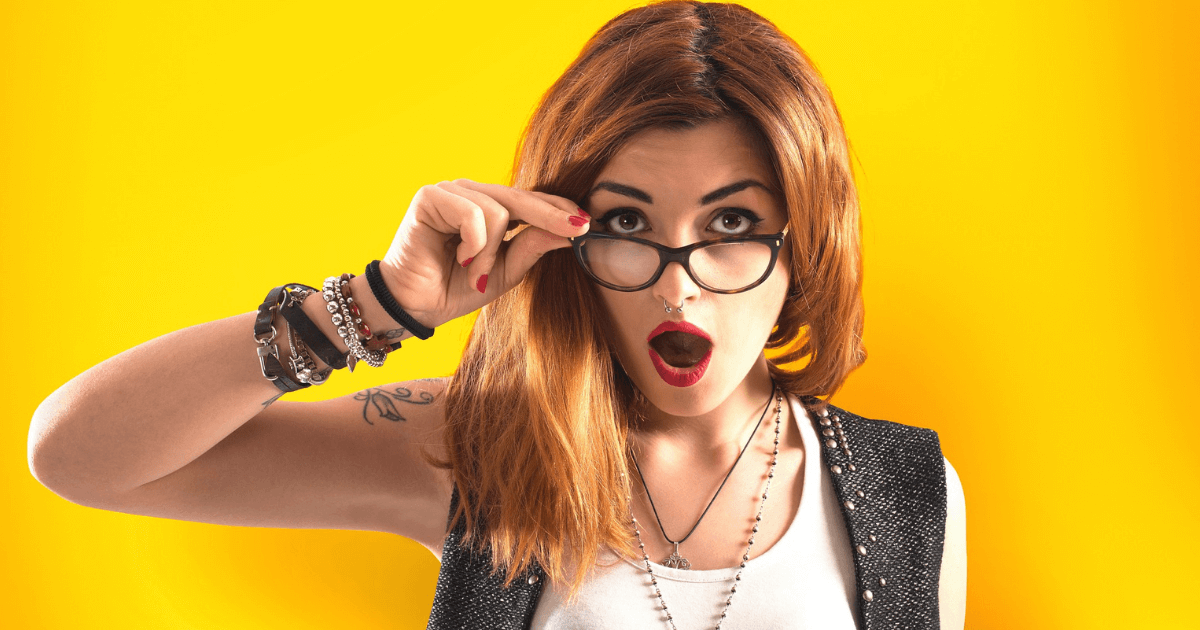 In this Part 2 of Random facts, we uncover some fun, weird, amazing, accidental, intriguing, or unexpected things. We will be digging deep into the world of unusual and exceptional random facts that will blow your mind.

1. In ancient times, Spider webs were once used as bandages due to their high volume of Vitamin K which aids clotting.

2. More than 25% of all the bones in the human body are located in the feet.

3. Donating blood in Sweden is a thing of beauty as donors receive a text message when their blood is been used.

4. Sunglasses are often seen as a fashion accessory nowadays but they were originally designed for Chinese Judges in a bid to hide their facial expressions in court.

5. Hypothetically, it would take you just a day traveling at a speed of 60mph if you want to drive into Space according to Astronomer Fred Hoyle.

6. Clouds look very light from the sky but research suggests that one cloud could surprisingly weigh up to 1.1 million pounds.

7. Do you know that you can see a rainbow at night? It is usually called the “MoonBow” and it happens during the night. The moonbow often occurs in places with Waterfalls and mist.

11. It might sound a bit strange but crying surprisingly makes you smile often due to endorphins(natural body painkillers) and oxytocin(feel-good hormones) our bodies produce while we cry.

12. One of the modus operandi of the International Space Station (ISS) is to learn how to speak Russian.

13. At least one out of all the six colors (White background, Yellow, Blue, Black, Green, and Red) on the Olympic Flag appear on all the national flags.

14. Sounds fictional but you can actually buy a flying bicycle thanks to British inventors John Foden and Yannick Read who made the XploreAir Paravelo. It’s made up of a folding bicycle and a lightweight trailer that contains a biofuel-powered fan motor and travels up to 25 mph in the air and 4,000 feet in altitude.

15. Dolphins are one of the smartest animals in the world but they sleep with one eye opened in other to be alert to predators.

16. The largest padlock in the world weighs a staggering 916 pounds.

17. Unlike humans, pigs don’t sweat as they aren’t born with sweat glands.

18. Interestingly, the more occupied a fridge is the more efficient it works.

19. Sounds crazy but a Cat named Stubbs was once the Mayor of an Alaskan Town for about 20 years.

20. Shockingly, squirrels are the major cause of power outages in the US according to research from the American Public Power Association. They usually attack around May to June & October to November.

21. It would amaze you to know that people have a psychological disorder called Boanthropy that makes them believe and think that they are a cow.

22. Every continent in the world has McDonald’s except Antarctica.

23. A Truel is actually a duel between three people.

24. In South Korea, to report spies, you can call the emergency number 113.

25. Japanese square watermelons are not edible because they are ornamental plants.

26. Tigers are often distinguished by their striped furs and patterns but it would intrigue you to know that no two tigers have the same pattern.

27. Unlike the earth, sunsets on Mars are believed to be blue.

29. Digging a hole to China is surprisingly possible so far you start digging from Argentina.

30. Since April 1994, all dogs were banned in Antarctica due to fear of them spreading diseases to seals.

31. Quite fascinating to know that banks have therapists called “Wealth Psychologists” for their ultra-rich clients that struggle mentally to cope with their immense wealth.

32. In 1999, Hackers discovered a major loophole in Hotmail’s security which allows any Hotmail account to be accessed easily by entering the word “Eh” as a password.

33. The office of the treasurer of the United States has been held by women since 1949.

34. Prior to the creation of The Simpsons, the Flintstones was the most profitable cartoon Franchise Network for over 30 years.

35. In 2019 alone, popular site MySpace gets a staggering 8 million visits per month.

36. Contrary to opinion, Sudan has twice the number of pyramids than there is in Egypt.

37. The act of predicting the future with Cheese is often called Tyromancy.

39. Unlike humans, iguanas have three eyes. Two normal eyes and the last one on top of their heads.

40. Interestingly, the college of Ozarks doesn’t pay tuition fees rather they allow students to work on the campus for at least 15 hours a week and also have two 40 hours work weeks.

Hope you are enjoying this part 2 of random facts, check out part 1 of interesting random facts Here.

41. The first pirate’s flags were not Black but Red.

42. Sound travels 4X faster underwater than in the Air.

43. One of the most common gifts on Father’s Day is a Tie.

44. Due to their Elastic tendons, Ostriches could possibly outrun a Horse because they have the ability to run and travel faster and spend less energy.

45. The largest uninterrupted waterfall in the world is the Angel Waterfall which is believed to be about a 300-story building in height.

46. The human left lung is smaller than the right one in other to create enough space for the heart.

47. 97% of people use Google as a spellchecker to check if a particular spelling is correct or not.

49. The only mammal that can fly is the Bat.

50. Astonishingly, Australia has more than 10,000 beaches. Putting that into context, it will take an individual up to 27 years to visit each beach every year.

51. Despite both frogs and salamanders having lungs, both breathe through their skin.

52. When you blush, your stomach automatically turns Red.

53. Melanism is the opposite of Albinism. Melanistic animals have too many black pigments in their skin feathers or hair.

54. Unlike the Sun, Venus spins backward rather than forward due to some collision with some solid objects.

55. Hearing is a man’s fastest sense organ as they only need a fraction of a second to recognize a sound.

56. Interestingly, all Scandinavian countries have the sign of the cross on their Flags.

57. Despite Camels been usually linked with Africa and the middle east, they surprisingly originated from North America.

58. Dogs are as smart as an average two-year-old and can recognize and understand up to 160 words.

59. It would interest you to know that you breathe in more oxygen from your right nostrils than the left.

60. Jupiter has the shortest day in the whole of the solar system with just 9hours & 55minutes.

61. The atmosphere on Venus is shockingly 92 times greater than that of the Earth.

62. Dogs can surprisingly smell their owners from 11 miles away…. Talk about bonding at its best.

Which of these random facts is most interesting to you? Tell us in the comment section below. Check out more interesting human body facts like “The human brain has a storage capacity of more than four terabytes.“.