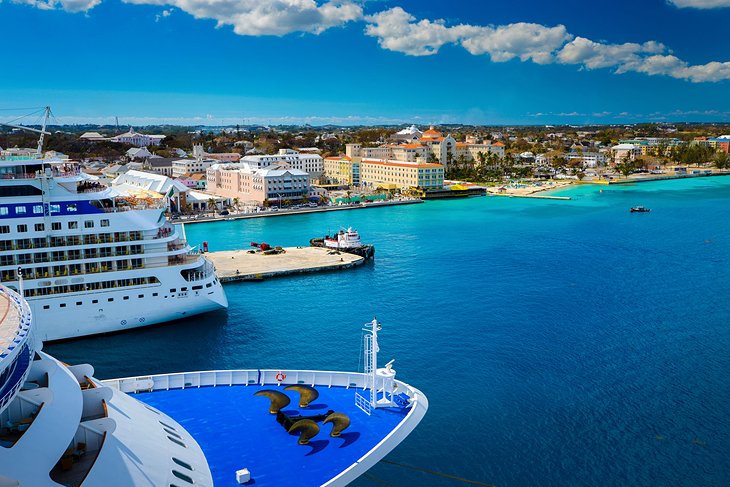 Interesting and Fun Facts about the Bahamas

Light up your day with these collections of super interesting facts about the Bahamas. Whether you are a tourist looking to discover things about the Bahamas’ culture, history, landscape, etc or you are just interested in having more knowledge about this tourist city.

I am convinced that these facts some of which may be surprising to you will expose the important and fascinating details about this beautiful island nation. Do you know that residents of The Bahamas do not pay income tax? Fasten your seat belt because it is going to be a fun exploration ride of the playground for the rich and famous.

1. Despite a large number of islands in The Bahamas which is up to 700, only about 30 of them are inhabited.

2. The Bahamas is one of the few countries in the world whose name began with “The” another country that has this is The Gambia.

3. The Bahamas has a lot of traffic offenders as you may see a lot of people with their steering wheel on the right side when the country drives on the left.

4. Slave trade was the main economic enterprise of The Bahamas before it was abolished in the Island country in the year 1838.

5. In the 1980s, The Bahamas was known as a drug trade country as almost 90% of the cocaine entering the United States passed through the country.

6. Christopher Columbus is believed to have landed in The Bahamas on the 12th of October 1492.

7. Hurricane Floyd caused a lot of damage to The Bahamas and this led to a depreciation in the country’s tourism.

8. The Bahamas banned the test of nuclear weapons on the island on 4th February 2005 when they signed the Comprehensive Nuclear Test Ban Treaty (CTBT).

9. The Bahamas economy is said to be developing and stable and it is an import-oriented economy.

10. In the whole of The Bahamas, there is only one stock exchange and it is known as The Bahamas International Stock Exchange (BISX).

11. A lot of ships constantly visit this island nation as The Bahamas has the world’s third-largest registry of ships.

12. The residents of The Bahamas do not pay income tax as the government’s revenue comes from collecting tariffs and import duties.

13. For citizens of The Bahamas, gambling is illegal, but it is not illegal for those who are visiting the country.

14. Majority of those living in The Bahamas are black people, as they make up more than 90.6 percent of the country’s population.

15. Almost all the population of The Bahamas are Christians, and they make up more than 95 percent of the religion in the country.

17. After the British clamped down on the piracy going on in The Bahamas, the island became a British crown colony in 1718.

18. The first inhabitants of the Bahamas were the Taino people and they were a group of people who moved from Hispaniola and Cuba to the island.

19. The next most important economic sector in The Bahamas is the banking and offshore international financial services and this accounts for more than 15 percent of the country’s GDP.

20. Attracting more than 5.8 million visitors in 2012 of whom 70 percent were cruise visitors, tourism provides more than half of the jobs in The Bahamas.

21. Although the country produces a good number of farm crops, 80 percent of the Bahamian food supply is imported.

22. According to the Panama papers, The Bahamas has more offshore entities or companies than any other country in the world.

24. The first Premier League club to play an exhibition match in The Bahamas was Tottenham Hotspur in 2013.

25. The person that led the independence of The Bahamas from the British was Sir Lynden O. Pindling in 1973.

26. The Bahamas was formerly a British Territory for 325 years before it became an independent country in 1973.

27. The marlin and the flamingo are the national animals of The Bahamas and they are all represented on the country’s coat of arms.

28. Despite the fact that The Bahamas was very close to the United States, at no point was the Bahamas ever a U.S. territory.

29. The name Bahamas comes from the Spanish term “baja mar.” which means shallow sea in the Spanish language.

30. The water around the Bahamas is so saturated with calcium carbonate and this is what helps to make seashells that fill up Bahamas coastlines.

31. The Bahamian dollar is pegged 1-to-1 with the U.S. dollar and the country has the 3rd highest per capita GDP in the western hemisphere.

32. After Russia, The Bahamas is the second closest non-bordering country to the United States, just 50 miles away.

33. The only time in recorded history that snow fell in The Bahamas was on January 17, 1977, at the city of Freeport on the island of Grand Bahama.

34. There is a conch shell on the coat of arms of the Bahamas which represents the varied marine life of the island chain.

36. The first 3 editions of the IAAF World Relays and the 2017 Commonwealth Youth Games were hosted by The Bahamas.

37. After Mexico, The Bahamas is the only country in the Western Hemisphere that lies on the Tropic of Cancer.

39. The Gambia, The Marshall Islands, Tuvalu, and the Maldives are the only countries in the world that have a lower “highest point” than the Bahamas.

40. The Bahamas was among the participants in the American-led boycott of the 1980 Summer Olympics.

41. The Bahamas is the only country with a marching band on their currency and this is on the Bahamas’ $1 note which has a Nassau Police Marching Band image.

42. Technically, the Bahamas is not in the Caribbean because the islands were formed from a totally different process than the volcanism that formed the islands in the Lesser and Greater Antilles.

43. The Bahamas should have been bigger if Turks and Caicos (British territories) were part of the country after it became independent.

44. The Bahamas is one of those countries that have a lot of people in one particular area. For instance, 70% of Bahamas citizens live on the island of New Providence.

45. A big festival in the Bahamas is called Junkanoo, and it is held on December 26 the biggest boxing day celebration in the world.

46. The Bahamas islands are riddled with caves that were created thousands of years ago and this is what makes it a great place for cave diving.

47. The national sport is cricket and this is the oldest sport played in the country today, since 1846.

48. Britain made the Bahamas a crown colony in 1718 to reduce the rate of privacy and restore an orderly government on the islands.

49. The most popular spectator sports in The Bahamas are those imported from the United States and this includes basketball and American football.

50. In 2013, Tottenham Hotspur of London started working with the Bahamas government to promote soccer in the country.

51. The first time the Bahamas participated at the Olympic Games was in 1952 and ever since then, they have sent representatives to represent them at the Olympics.

52. The Bahamas really bring out their best when it comes to sports and they have won more Olympic medals than any other country with a population under one million.

53. The first men’s senior FIFA tournament to be staged in the Caribbean was hosted by The Bahamas during the 2017 FIFA Beach Soccer World Cup.

54. The 1494 Treaty of Tordesillas placed the Bahamas in the Spanish sphere after the theoretical division between the Kingdom of Castile and the Kingdom of Portugal.

55. It was in 1973 that The Bahamian flag was adopted and its colors (black, aquamarine, and gold) symbolize the strength of the Bahamian people.

57. The national flower of the Bahamas (the yellow elder) is endemic to the island nation and blooms throughout the year.

58. The first English people that came to the Bahamas in 1648 were known as the Eleutherian Adventurers and were led by William Sayle.

59. The Bahamas was granted to the Lord’s Proprietors of the Carolinas in North America by King Charles II in 1670.

60. During the American War of Independence against the British in the late 18th century, the Bahamas was a target for the United States naval forces.

61. Slave trading stopped in the Bahamas after The Slave Trade Act of 1807 abolished slave trading to British possessions.

62.  The Bahamas’ official language is English, though locals speak with a Bahamian dialect that has birthed many unique slang words and phrases.

63.  The Bahamas’ currency is the Bahamian dollar.