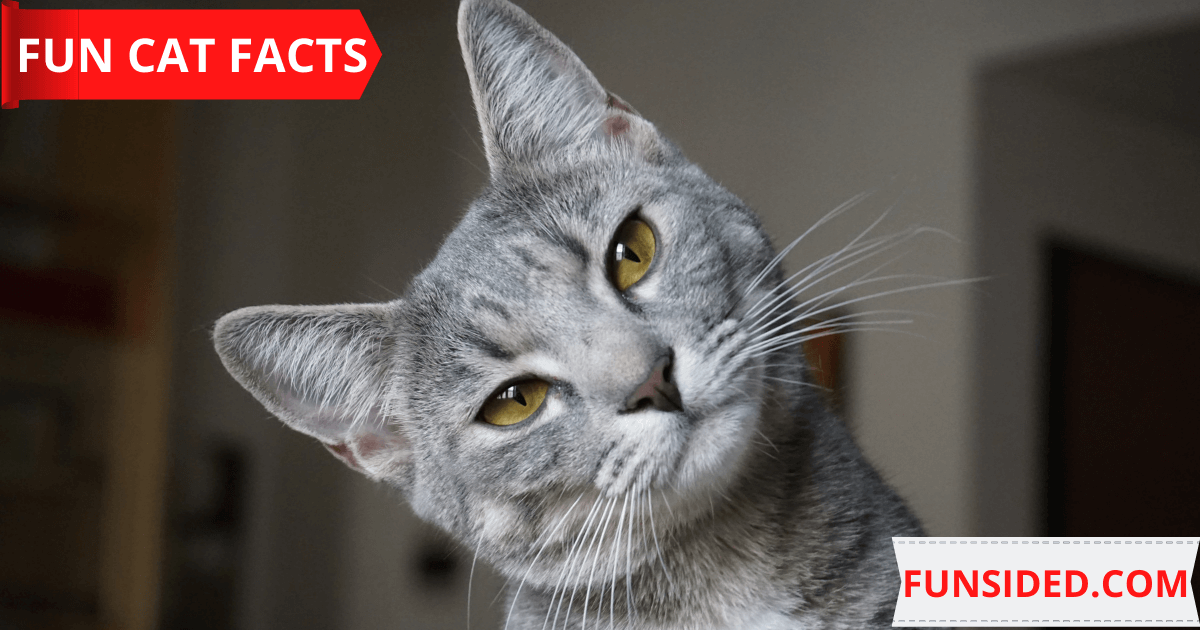 
Cats have been friends with humans for thousands of years, how much do you really know about them? After reading the jaw-dropping facts about this cool pet, you will discover some interesting hidden cat facts that most people don’t know. So fasten your seat belt and let’s jump right into it.

3. Fifteen years of human life is directly proportional to a year of a cat.

4. Cats are very fast creatures. They can sprint up to 30mph.

5. Cats purr when they are very elated.

7. The net worth of the wealthiest cat in the world is 7million pounds.

11. Ancient Egyptians usually shave off their eyebrows in honor of their dead cats.

13. Cats often walk like camels and giraffes. Both right feet and left feet.

15. Cats are usually shortsighted but their vision is more enhanced than that of humans.

19. Some species of cats can swim.

20. Cats are nocturnal in nature which means they are mostly active at dawn and dusk.

21. Cats are believed to live longer when they stay indoors.

23. Some cats are lactose intolerant due to their inability to digest dairy products easily.

24. Female cats have the ability to get pregnant as early as 16 weeks.

25. Onions, chives, and garlic are very harmful to cats.

26. Cats have a unique way of communicating with their owners.

28. Cats mark their territories by rubbing their bodies and faces against you.

30. Cats wag their tails when they are angry.

Yes, You Made it this far, need more amazing cats facts? I gat you 100%

31. A cat whisker is often used in determining their state. Whiskers forward when hunting but backward when scared.

32. Cats are often drawn to the scent of their owners.

33. When a cat attacks your ankles, it simply means they are bored.

35. Unlike humans, cats can drink seawater to survive.

36. Cats can leap up to six times their height due to the strong muscles in their legs.

37. America is known to have the highest number of pet cats in the world with over 88 million cats.

38. White cats with blue eyes are believed to be vulnerable to deafness.

39. A cat’s nose is very unique just like humans’ fingerprints.

40. The whiskers of a cat are believed to be the same width as their bodies.

41. Cats possess an extra organ that allows them to have scents in the air.

42. An ailurophile is often referred to as a person who loves cats.

43. A cat hearing aid is 5 times better than that of humans

44. The weakest sense of a cat is its inability to taste sweetness.

45. In a bid to calm themselves, female cats often purr during labor.

46. Cats drink water at the rate of 4 laps per second.

47. Cats usually restrict their meows to communicate with humans once they are past the kitten stage.

49. A “kindle” is often used in describing a group of kittens.

50. Maine coons come in different colors and can be up to 40 inches in length.

51. A male cat is often called Tom while a female cat is called a Molly.

52. Majority of male cats are usually left-pawed while the females are right-pawed.

56. Annually, an estimated figure of up to four million cats are eaten in China as a delicacy.

57. Research has shown that having a cat as a pet reduces the risks of having a heart attack and stroke.

59. In Korea and Japan, there are cat cafes that allow you to hang out with cats for longer hours.

61. Eating chocolates can kill a cat.

62. Cats are known to sweat via their paws.

63. Cats can’t see anything directly below their noses.