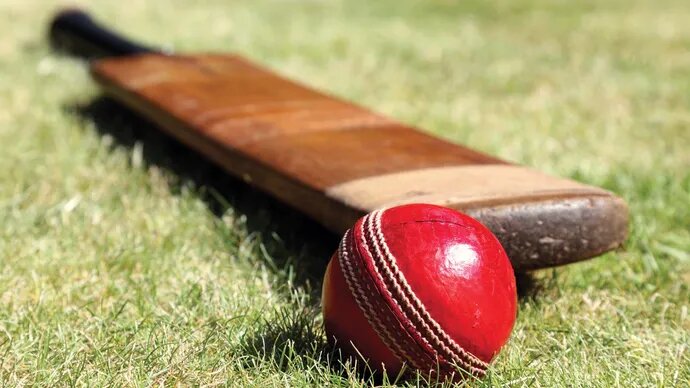 Not all people of all countries love to play cricket, but it’s a big game for the Indians and mostly, the Australians. It might surprise you to know that cricket is the second most spectacular game in the world after football! You didn’t see that coming, did you? Well, these interesting cricket trivia questions are here to ‘school’ you on the basics of the game, the rules involved, and famous Test champions and championship events. Let’s go!

1. Traditionally, which color are cricket balls made of?
Answer: Red.

3. In which country did cricket originate?
Answer: England.

4. When did England win the Cricket World Cup for the first time?
Answer: 2019

6. What does LBW stand for?
Answer: Leg Before Wicket.

7. An over in which no runs are scored is called?
Answer: A maiden over.

9. What is the tie-breaking method used in limited-overs cricket matches?
Answer: Super Over.

10. How are the referees called in cricket?
Answer: Umpires.

11. What was the color of the ball used in the earlier days of women’s cricket in England?
Answer: Blue

12. In which English county and when was a white ball used for playing cricket games?
Answer: Kent, 1936.

14. Who is widely considered the greatest batsman of all time?
Answer: Australian’s Donald Bradman.

15. What is the earliest available record of cricket having been played in India?
Answer: 1721 at Cambay, Western India.

16. Between which two countries did the first international cricket match take place?
Answer: Canada and the United States.

17. What is the name of the player that is said to be the fastest bowler in the world?
Answer: Shoaib Akhtar.

18. What kind of player is described as an all-rounder?
Answer: A player skilled at both batting and bowling.

20. How long did the longest cricket match in history go on?
Answer: 12 days

23. Which country won the Cricket World Cup the most?
Answer: Australia

24. Which famous cricketer now serves as Prime Minister of Pakistan (as of 2021)?
Answer: Imran Khan.

26. When was the first women’s cricket match recorded?
Answer: 1745

27. The ‘innings’ as used in cricket ends with ‘s’ in both singular and plural forms. True or False?
Answer: True.

28. When was overarm bowling accepted as legal and who was the first bowler to bowl overarm?
Answer: 1864; Edward Willsher.

29. Test cricket is the traditional form of the game. True or False?
Answer: True.

30. Is Melbourne Cricket Ground the largest cricket stadium in the world?
Answer: No it’s not. Narendra Modi Stadium is the largest.

32. Which country was expelled as a member of ICC?
Answer: South Africa.

33. Sir Ian Botham is a cricket commentator and a member of the House of Lords. True or False?
Answer: True.

34. Debbie Hockley is a female cricketer from Australia. True or False?
Answer: False. She is from New Zealand.

35. No cricketers played for England past the age of 50. True or False?
Answer: False.

37. The longest innings ever played in test match cricket was how many overs long?
Answer: 335.2 overs long.

38. What is a hat-trick in cricket?
Answer: A bowler taking 3 wickets off 3 consecutive balls.

39. Which part of England is called the cradle of cricket?
Answer: Broad Half-penny Down where Hambledon Club played.

40. When were the first widely accepted laws of cricket brought out?
Answer: 1744.

41. When and where was a One-Day International first played under floodlights?
Answer: Sydney, 27 November 1979.

42. Which measurement in cricket has remained unchanged since 1744?
Answer: The length of the pitch, is 22 yards.

44. In which country was an eight-ball over in vogue till lately?
Answer: Australia.

45. The term came into being in 1882 when Australia beat England on the latter’s home ground and an ‘obituary’ in the Sporting Times mourned the defeat mentioning that the body will be cremated the ____ and taken to Australia. When England beat Australia 2-1 in Australia, a group of women presented the _____ to England’s captain Hon Iva Bhgh. Which famous history in cricket does this tell?
Answer: The Ashes.

46. Do the ‘Ashes’ really exist? If so, where are they located?
Answer: Yes, they exist. At the Cricket Memorial Gallery at Lords, London.

47. What is the name of the oldest cricket club in the world?
Answer: M.C.C. (Marylebone Cricket Club), London.

48. D Which Indian team was the first to tour abroad and also defeated the first three touring teams from England?
Answer: Parsis.

49. Which was the first representative (not belonging to any one community) Indian team to tour England?
Answer: Maharaja of Patiala’s 1911 Indian team.

50. What were the Presidency matches in Cricket referred to?
Answer: The matches played between the Presidency (Europeans) against the Parsis from 1892 onwards. Hindus joined as the third team in 1907, Muslims as the fourth in 1912 and then other teams joined in 1937.

51. What were the Pentangulars?
Answer: From 1937 to 1944, the erstwhile Presidency matches were now called Pentangulars

52. Who donated the ‘Ranji Trophy’ and what was the cost of it?
Answer: The Maharaja of Patiala. The trophy cost £500.

57. Does any member country of ICC have a ‘veto’ right?
Answer: Yes, England and Australia.

58. Two cities of the same name in two different countries have staged Tests. Name them.
Answer: Hyderabad; in India and Pakistan.

59. How many teams took part in the championship in the inaugural year of the Ranji Trophy?
Answer: 15.

60. Which country has played most One-Day Internationals?
Answer: Australia.

61. When and where did the ‘official’ one-day cricket championship begin?
Answer: The Gillette Cup, 1963, in England.

62. Are One-Day Internationals regarded as ‘official’ by ICC just as Test matches are regarded as ‘first-class cricket’?
Answer: No.

64. Which Test ground was the first to have light towers built for day-night cricket?
Answer: Sydney Cricket Ground.

65. Who was the youngest batsman to score a triple century?
Answer: Srikar Bharat.

66. What is the only country that has lost 3 finals and hosted the Cricket world cup 5 times?
Answer: England.

67. The Ashes trophy is arguably the smallest trophy in the world of sports. How small is it?
Answer: 11 cm in length.

68. How many types of balls are there in cricket?
Answer: 3

69. What name is given to an illegal delivery that reaches the batsman at around head height without bouncing?
Answer: Beamer.

70. Which New Zealand cricketer was named ‘Wisden Leading Cricketer in the World’ for 2015?
Answer: Williamson.

71. What is the second-largest cricket ground in the world?
Answer: Eden Gardens (India).

Did you enjoy these fun cricket trivia questions? Please leave a comment below and share if you like the content. Do you know that Wife Carrying is a sport?  Check out 30 weird sports around the world and 86 Fun Sports Trivia Questions and Answers