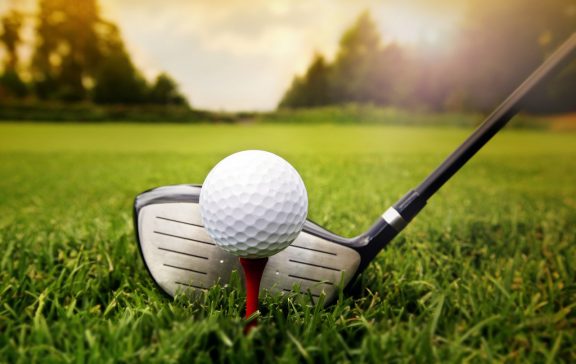 Golf is considered to be one of the world’s oldest sports and is beloved by people of all ages all around the world. Fun Fact: The GOLF acronym is fondly ascribed with the definition of “Gentlemen Only, Ladies Forbidden”, but that is not true though, especially in this 21st century.

These entertaining and informative Golf trivia questions and answers will refresh your mind on amazing facts about golfing, important historical dates, famous international tournaments that have been played over the years, and even down to the golfing legends! Test yourself and see how much you know about golfing with our trivia questions and answers.

1. Regarded as the “Home of Golf”, which European town has one of the oldest courses in the world?
Answer: St Andrews, Scotland.

3. What is the maximum number of clubs that a player can carry during a round of golf?
Answer: 14.

4. What is an albatross?
Answer: 3 under par on a hole

6. Which most popular grip technique among golfers is named after a professional golfer who won the 1900 US Open?
Answer: The Vardon Grip. (Named after Henry William Vardon)

7. What does PGA stand for?
Answers: Professional Golfers Association.

8. Which famous Golfer is nicknamed ‘The Great White Shark’ due to his blond hair, size, aggressive golf style and in reflection to the native coastal animal of his birthplace?
Answer: Greg Norman

10. Who is the most successful captain of the European Ryder Cup team?
Answer: Tony Jacklin

11. In stroke play, what is the penalty when a player hits a putt from the green and the ball strikes another player’s ball on the putting surface?
Answer: two strokes

12. What is the name of the biennial tournament between the women golfers of Europe and the United States?
Answer: The Solheim Cup.

13. The Wanamaker Trophy is a trophy awarded to the winner of which prestigious tournament?
Answer: The PGA Championship.

14. Who was the first winner to be honored with the now famous Green Jacket in 1949?
Answer: Sam Snead.

15. Which is the only major golf tournament to be played on the same course each year?
Answer: The US Masters.

16. Who won the U.S. Open in 2017 and 2018, and the PGA Championship in 2018 and 2019, thus becoming the first golfer in history to hold back-to-back titles in two majors simultaneously?
Answer: Brooks Koepka

17. On your first hit of a hole, you hit your drive off a what?
Answer: Tee box

20. How many official rules are there in the Rules of Golf?
Answer: 34

21. What golf course has the ‘Hell’ bunker?
Answer: St. Andrews

23. What is the name of the multi-sport-playing South African golfer who is nicknamed “The Big Easy”?
Answer: Ernie Els

24. Banned from reentry into the 1976 Open Championship, and then resorting to undertaking disguises and name changes to try and redeem himself. What is the name of this golfer?
Answer: Maurice Flitcroft

25. Known as the only golfer to hold all 4 Major tournament titles at the same, what is the name of this golf legend?
Answer: Tiger Woods.

27. Which was the first Irish course at which the British Open was held?
Answer: Royal Portrush

28. Who was the first player to defeat Tiger Woods in a playoff?
Answer: Billy Mayfair

29. What slogan does the famous Fiji golfer Vijay Singh have written on his bag?
Answer: “Trust your swing papa”

30. Who was the first man to win 3 Masters titles?
Answer: Jimmy Demaret

31. When a ball goes halfway in the hole and comes back out, that is called a what?
Answer: Lip out

32. Which Spanish golfer holds the record for the most tournament wins on the PGA European tour, with 50 titles?
Answer: Seve Ballesteros

See also  30 Weird and Surprising Sports Around the World

33. Which is the only one of the four Major tournaments that Phil Mickelson hasn’t won?
Answer: The U.S. Open, although he has finished runner 6 times!

34. In which of golf’s Major tournaments is the winner presented with a green jacket?
Answers: The Masters.

35. Which former US President was elected to the Golf Hall of Fame in 2011?
Answer: George H.W. Bush.

36. Which is the only one of the four golf Major tournaments that is not to be held in the United States?
Answer: The Open Championship.

38. Which of the four Major tournaments is to be held first in each year?
Answer: The Masters.

40. Which golfer holds the record for the most Major tournament wins?
Answer: Jack Nicklaus with 18 wins.

41. The Ryder Cup was originally contested between which two teams?
Answer: Great Britain and the United States.

45. How many holes are there in a round of professional golf?
Answer: 18

46. Which Scottish king banned golf and soccer in Scotland in 1457?
Answer: James II

47. Which country has the largest number of golf courses in the world?
Answer: United States

49. Which natural element is dangerous to a golfer?
Answer: lightning

50. What year was Golf first included in the Olympics?
Answer: 1900

52. If a ball is missing, what is the maximum amount of time allowed to look for that ball?
Answer: 3 minutes

54. In what year did Pebble Beach Golf Links open in California?
Answer: 1919

55. In November 2001, the world’s longest golf hit ever of around 375 feet was played. Who set this record?
Answer: Fergus Muir

56. Which golf club has the longest distance?
Answer: 3 iron

57. What does par mean in golf?
Answer: A targeted score

58. This man is considered to have been the first ‘professional’ golfer and was never beaten when he played golf with money on the line, up until his death in 1859. Who was he?
Answer: Allan Robertson

59. The lower the number of a club, the further distance one can expect from it. True or False?
Answer: True.

60. What is known as the bunker?
Answer: A sand pit in which a golf ball may land after a golfer hits the ball from a distance. (Sand trap)

61. What is the name of one of the first golf organizations in the world that eventually released the first official rules of golf in 1744?
Answer: The Honourable Company of Edinburgh Golfers

62. Who is generally considered the greatest golfer of the 20th century, with 18 major titles to his name?
Answer: Jack Nicklaus

63. What unlikely golfer won the 2003 British Open and instantly shot up hundreds of places from his rank of 396th in the world?
Answer: Ben Curtis

64. Which club should you use to hit the ball out of a sand bunker?
Answer: Sand wedge

65. If you are driving a golf cart on a course and the sign says 90degree rule in effect, what does that mean?
Answer: You can only drive on the cart path and in a straight line to your ball.

66. How many rounds are typically played in a PGA tour event?
Answer: 4

67. In which U.S. city is the World Golf Hall of Fame located?
Answer: St. Augustine, Florida

68. What is a handicap in golf?
Answer: A number indicating your skill level; the lower the number, the better the skill level.

70. What is a caddy?
Answer: A person who carries a golfer’s kit and hands them their clubs

Did you enjoy these golf trivia questions? Please leave a comment below and share if you like the content. Do you know that Wife Carrying is a sport?  Check out 30 weird sports around the world and 86 Fun Sports Trivia Questions and Answers