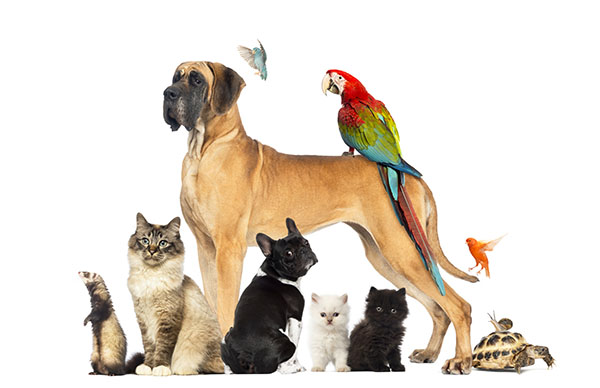 Pets are such an incredible delight, whether big or small. From relieving stress, depression, and anxiety, down to providing great companionships, pet animals serve a handful of health benefits to the human body. Do you know that the Ancient Egyptians kept exotic pet animals like hyenas, lions, and even monkeys? That’s right, they did. And there’s more for you to find out about in this trivia quiz.

How much do you know about pet animals? Will you be able to win a trivia quiz on pets? If so, these interesting Pet Trivia Questions and Answers is the best challenge to test what you know. Some of the questions might be hard to answer, while many others will just be easy nut for you to crack. So, what are you waiting for? Let’s get down to it!

2. Cats were first domesticated around the 16th century BC. In which ancient country?
Answer: Egypt.

3. When Phillip Henry Gosse created the first aquarium for the London Zoo in 1850, what kind of pet was he inspiring more people to keep?
Answer: Fish.

4. What are the 3 most popular pets in America?
Answer: Cats, Dogs, and Fishes.

5. What was the name of Alexander the Great’s favorite pet horse?
Answer: Bucephalus.

6. Which is the first domesticated animal?
Answer: Dog.

7. Which Pope had a white elephant as a pet?
Answer: Pope Leo X.

8. There are two hormones in the brain that make us happy and relaxed, which playing with pets releases in our body. What are these hormones called?
Answer: Serotonin and Dopamine.

9. How many dogs survived the sinking of the Titanic ship?
Answer: 3.

10. For how long can a goldfish’s memory last?
Answer: Up to 3 months.

12. Cats have five toes on each front paw, how many do they have on each back paw?
Answer: 4.

14. Is it true that a rabbit’s teeth never stop growing?
Answer: Yes.

15. What two dog breeds does the Queen of England own?
Answer: Corgis and Dorgis.

17. More households in the United Kingdom own cats than dogs. True or false?
Answer: False.

18. Which celebrity had a Chihuahua dog named Tinkerbell who died in 2015?
Answer: Paris Hilton.

19. Which two Latin American countries have the highest pet ownership rate in the world?
Answer: Argentina and Mexico.

20. Is it true that in order to survive, every bird must eat at least half its own weight in food each day?
Answer: Yes.

21. Which birds are the only known birds that can fly backward and upside down?
Answer: Hummingbirds.

23. Do dogs have more memories than cats?
Answer: No they don’t.

24. What was the name ofBeyoncé’s pet python?
Answer: Fendi.

25. Zeus, a family pet from Michigan, USA, is the tallest dog ever verified by Guinness World Records. What breed is he?
Answer: A Great Dane.

26. What name is given to the highest part of the back of a horse, behind the neck and between the shoulders?
Answer: Withers

27. Is it true or false that rabbits have paw pads?
Answer: False.

28. How long can an Iguana be able to hold its breath?
Answer: 30 minutes.

30. How many times per minute does a bird’s heart, beat while they are resting?
Answer: 400 times.

31. What is the amount of pets that enter American animal shelters per year, with only half of that amount being adopted?
Answer: About six and a half million.

32. Just like a human fingerprint, which dog feature varies uniquely in every dog?
Answer: The nose.

33. What does it mean when a cat meows?
Answer: A sign of communication.

34. At gets the name ‘box’ from its cube shape and its stings can be fatal to humans – what is it?
Answer: Jellyfish (the Box Jellyfish).

35. Which small pet and rodent, that is primarily active during twilight, is now only found in the wild in Chile?
Answer: Chinchillas.

36. By what name do we better know a domestic cavy?
Answer: Guinea pig.

37. Mini Rex, Himalayan and Dutch are popular breeds of which pet?
Answer: Cat.

38. What is the most popular dog breed in America?
Answer: Labrador Retrievers.

39. What name is given to any domestic cat that has a coat featuring distinctive dots, lines, stripes, or swirling patterns, usually together with a mark resembling an ‘M’ on its forehead?
Answer: A tabby.

40. What name that regularly makes the ‘top 10 girl dog names’ list in the UK, is also the common name for the popular species of aquarium fish Poeciliasphenops?
Answer: Molly.

42. In which country did pet insurance begin?
Answer: Sweden.

44. Which actress who featured in the Harry Potter movie series, had a pet hamster that died during filming, and the prop crew made it a tiny coffin for its funeral?
Answer: Emma Watson.

47. Why do goldfish sleep with their eye open?
Answer: Because they don’t have eyelids.

50. Which type of lizard has the ability to change color?
Answer: Chameleon.

51. Which famous poet and author from Dante’s Divine Comedy had a “pet” house fly which he used as a protest against the Roman government when it started to seize land?
Answer: Virgil.

53. A turtle’s shell is made of what material?
Answer: Keratin.

54. There are 240 different species of hamsters. True or False?
Answer. False-there are 24.

55. What type of dogs did Cruella De Vil want to turn into cloth?
Answer: Dalmatians.

56. Which dog breed is the fastest?
Answer: Greyhound.

57. What is unusual about a Sphynx cat?
Answer: It is hairless.

59. Which country did guinea pigs originate from?
Answer: South America.

60. With what part of a snake’s body does it hear with?
Answer: The Skin.

61. A group of tortoises is called?
Answer: A Creep.

62. What type of pet did Harry Potter take to Hogwarts?
Answer: An Owl.

63. What type of pet did Mike Tyson once keep as a pet?
Answer: A Tiger.

64. What is the smallest dog breed?
Answer: Chihuahua.

66. How do horses communicate with each other?
Answer: Through their ears.

67. Can snake see colors?
Answer: No. They are color blind.

68. What harmful bacteria do turtles and reptiles carry?
Answer: Salmonella.

69. Mice enjoy being in a noisy place. True or False?
Answer: False. They like a quiet space.

70. What kind of bath is suitable for Chinchillas?
Answer: A sand bath.

Hope you enjoyed these fun pets Trivia Questions, Please leave a comment and share with your family and friends. Which bird was once used to deliver Olympics results in Ancient Greece? Check out the answer and more 87 Fun Random Trivia Questions and Answers.