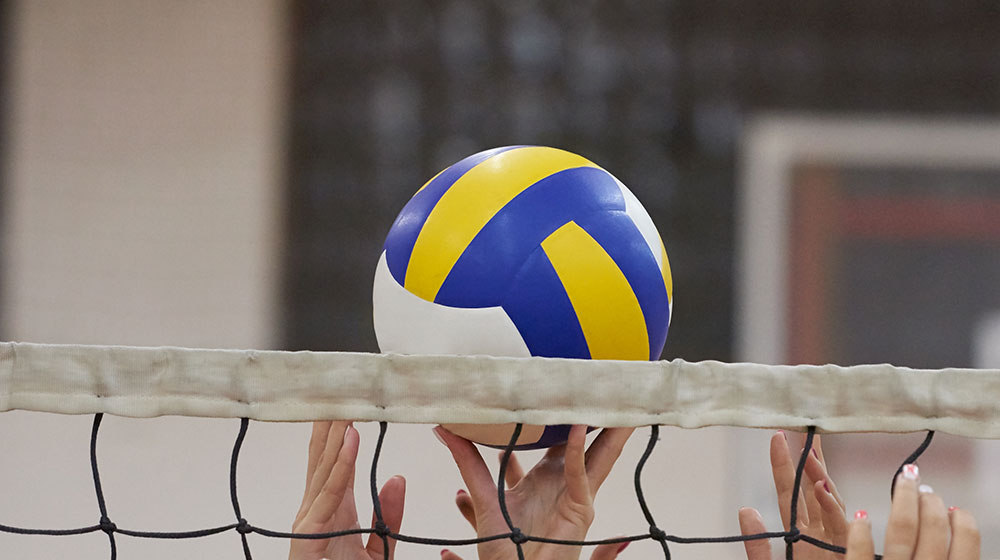 Do you know that volleyball is the second most popular sport in the world today behind soccer? Doesn’t sound believable, right? But it is true. Do you also know about the incredible height standards that the game requires of its players? Do you know the various positions for players and all the basic rules of the game? You may be familiar with the game of volleyball, and for some, you might think you know it all. Take these Volleyball Trivia Questions and Answers and see how much you know about this acclaimed sport.

1. What is the average number of times a volleyball player jumps up in a match?
Answer: More than 300 times.

2. With 6 gold championships in the bag, what is the name of the country with the most World Volleyball Championships?
Answer: Russia.

3. Where was the first official game of Volleyball played?
Answer: Springfield College in Massachusetts on July 7th, 1896.

4. Who is the male player that was chosen by the FIVB as the top player of the century?
Answer: Karch Kiraly.

5. There is a volleyball technique in reference to King Kong who swatted at planes with one hand as he balanced himself on the Empire State Building. What is it called?
Answer: The Kong technique.

6. Which two sports did Volleyball take some of its characteristics from?
Answer: Tennis and Handball.

7. To ensure the effectiveness of a volleyball match, the ceiling of a gym or facility must have a minimum height. What is the required standard?
Answer: A vertical ceiling height of 23 feet.

8. The lowest score ever recorded in volleyball was a match won by Chinese Taipei against the Maldives team in 2004 when they faced each other at the Asian Jr. Women’s Volleyball Championship. What were the scores?
Answer: 25-1.

9. The game requires high jumps at certain points of the game for certain positions, so height is considered an advantage. True or false.
Answer: True.

10. What was volleyball called when it was first invented?
Answer: Mintonette.

13. Beach volleyball is believed to have begun where?
Answer: On a beach in Waikiki, Hawaii.

15. The player who scored the most number of points in a match is China’s Jiang Chuan. In a match against France. How many did he score?
Answer: 37.

16. Who invented volleyball? In what year and in which country?
Answer: William G Morgan, 1895, USA.

17. What is the general measurement of a volleyball court?
Answer: 9 m wide and 18 m long.

18. Who is the richest volleyball (female) player in the world, with an estimated net worth of $10 million?
Answer: Gabrielle Reece from America.

19. The number of aces served is seven. Who made this record?
Answer: Australia’s Samuel Walker.

21. What is it called when a player passes up a spike from their opponent?
Answer: A dig.

22. What are the two referees in volleyball called?
Answer: Up Referee & Down Referee.

23. If the server steps on the end line while serving, this is considered a what?
Answer: Foot Fault.

24. When was the Volleyball Hall of Fame established?
Answer: 1978.

25. A player who specializes in defense is called?
Answer: Libero.

26. The longest marathon volleyball match that made it to the Guinness World Record occurred in December 2011. It was played by SVU Volleyball in Amstelveen, Netherlands, and It had 63 matches, 338 sets, and ended with a 14,635 score. How long did it last?
Answer: 85 hours.

27. What does AVP stand for?
Answer: Association of Volleyball Professionals.

28. When was volleyball introduced to the Olympics?
Answer: 1964

30. Which male volleyball player is considered the top earner in the game, with an estimated salary of $1.4 million?
Answer: Wilfredo Leon.

31. The first international volleyball match was played in which year, between which countries?
Answer: 1902, between Canada and the United States.

32. How is the serving team chosen in a volleyball match?
Answer: A coin toss.

33. What baseball technique is the Floater serve similar to?
Answer: A knuckleball.

35. Having earned himself an Olympic silver as a player and other 30 major volleyball titles, he has also coached both men’s and women’s Brazilian teams for 20 years and is considered the most successful coach in volleyball. What is his name?
Answer: Bernardo Rocha de Rezende, also known as “Bernardinho”.

36. The two offensive styles we now know as “set” and “spike” were first introduced in what country?
Answer: Philippines.

37. Colored volleyballs were allowed in tournaments to make it easier for spectators to see and follow the ball while watching the game on TV. When was the first it was permitted?
Answer: 1998.

38. Only the serving team could earn a point if the opposing team fails to return the ball. What scoring method abolished this old volleyball rule?
Answer: The Rally Scoring method.

39. In what year was the first designed ball for the sport created?
Answer: 1900.

40. How many layers is a volleyball made up of?
Answer: 3 layers.

42. Which teams won the first Olympic beach volleyball game of 1996?
Answer: Brazil for the women’s division and the U.S.A. for the men’s division.

43. Who is the shortest male volleyball player with a height of 5’5″ tall?
Answer: Farhad Zarif of Iran.

44. What is the name of the three-time Japanese gold medalist who describes volleyball as “an orchestra sent from heaven”?
Answer: Yasutaka Matsudaira.

45. The first time volleyball was featured was in the Tokyo Olympics, 1964. Which countries won the gold medals in the male and female categories?
Answer: USSR for the men, and Japan for the women.

47. Who is the highest-paid professional volleyball player in the world?
Answer: China’s Zhu Ting.

48. Which country has the most number of inductees into the Volleyball Hall of Fame? How many are there?
Answer: the USA, with 62 inductees.

49. Which female player is named by the FIVB as the top player of the century?
Answer: Regla Torres of Cuba.

50. Who is the first player to hit a salary of $1 million in professional volleyball?
Answer: Randy Stoklos.

51. Among female players, the fastest serve made by far was during the women’s tournament at the Rio 2016 Games clocked in at 62.75 mph (101 kph). Which player is credited with achieving this?
Answer: Serbia‘s Tijana Boskovic.

53. What is the position with the tallest height requirement?
Answer: The Middle Hitter/Blocker.

54. Why is it important that the blocker be tall?
Answer: It is the blocker’s job to stop all offensive attacks from the opposing team and they can perform this best at a position above the net.

55. Which other volleyball position benefits from having a tall player?
Answer: The Setter.

56. What is the minimum height for volleyball players?
Answer: 5 feet.

57. What beneficial positions can a short person take?
Answer: The libero or defensive specialist.

59. At 13, he was already 6’6″ tall. He has gigantism and has received medical treatments for this condition. He even had difficulty finding shoes his own size, prompting a Japanese company to make shoes, especially for him. He is currently the tallest volleyball player in the world with a towering height of 7’3.5″. Who is he?
Answer: Wuttichai Suksara of Thailand.

60. Which country holds the most number of national championships?
Answer: Puerto Rico.

62. At 17, who is the youngest volleyball player to win an international title in beach volleyball?
Answer: China’s Xue Chen.

65. Either team can earn a point regardless of which team served. What score method is this?
Answer: The Rally Scoring method.

66. What is the winning requirement for a competitive adult match?
Answer: A team must win best-of-five sets.

67. What number of points is required to win a set?
Answer: To win a set, a team must reach 25 points.

68. What is the time limit for service?
Answer: 8 seconds.

69. What happens if a player fails to serve in 8 seconds, or is late to serve?
Answer: A point is given to the other team and the service turn is forfeited.

70. The very first beach volleyball professional tournament took place at the Will Rogers State Beach in 1976. What name was officially given to the tournament?
Answer: The Olympia World Championship of Beach Volleyball.

71. When did the two-man team in beach volleyball start? Who started it?
Answer: It started in 1930 at the Athletic Club in Santa Monica by Paul Johnson.

Did you enjoy these fun volleyball trivia questions? Please leave a comment below and share if you like the content. Do you know that Wife Carrying is a sport?  Check out 30 weird sports around the world and 86 Fun Sports Trivia Questions and Answers