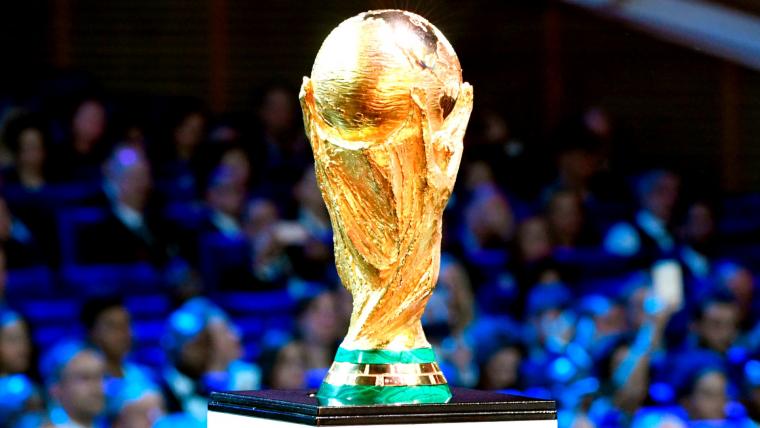 The FIFA World Cup is the most engrossing show in the world and all the breath-catching moments. I mean, why not? It is the most-watched sports occasion. Every year of the World Cup sees shocking defeats and even more shocking victories.  Are you a soccer super fan? You watch all the World Cups and know every team inside out. Well, let’s put that knowledge to the test in these interesting World Cup Trivia Questions and Answers, and see just how much you know!

2. There was a time when the World Cup trophy went missing for 7 days before the tournament. What year was that?
Answer: 1966.

3. The winning country keeps the real cup till the next World Cup and gets to keep a gold-plated replica permanently. Is this true or not?
Answer: True.

4. The oldest person to ever score a goal at a World Cup was a Cameroonian player who scored against Russia in 1994. Who is he?
Answer: Roger Milla.

5. Which country has won the most world cups?
Answer: Brazil, who has won the World Cup 5 times.

6. The next FIFA World Cup will be held in 2026. Which countries are to host it?
Answer: USA, Mexico, and Canada.

7. In the 1990 world cup, why did the Netherlands print over twenty-two million postage stamps with the name ‘‘Netherlands world champion 1990’’?
Answer: They thought that their country would win the world cup.

8. Which player has won the most world cups (as a player)?
Answer: Pele. He has won 3 World Cups.

9. Which player holds the record for the most goals scored in World Cup history, with a total of 16 goals in only 4 World Cup appearances?
Answer: Miroslav Klose of Germany.

10. In the 1998 World Cup, which French player kissed keeper Fabien Barthez’s shaved head before the start of every match, supposedly for good luck?
Answer: Laurent Blanc.

11. Who was awarded the Best Young Player Award for his performances at the 2014 World Cup?
Answer: Paul Pogba.

14. What is the name of the FIFA President who passed a vote to start the World Cup competition in 1929?
Answer: Jules Rimet.

15. How many years intervals does it take before a World Cup is held?
Answer: 4 years.

17. FIFA was established in 1904, under the Swiss government. Where is it headquartered?
Answer: Zurich, Switzerland.

19. The 2002 World Cup was the first tournament to be hosted by 2 different nations. Which two countries hosted it?
Answer: South Korea and Japan.

20. Which two countries follow up behind Brazil in having the most World Cup wins?
Answer: Germany and Italy.

21. The fastest ever World Cup goal took place only 10.89 seconds after kick-off. Who scored this goal?
Answer: Hakan Sukur of Turkey.

23. The highest ever scoring in a World Cup match was when Austria defeated Switzerland at the 1954 World Cup. What were the scores?
Answer: 7 – 5.

24. Having lost 25 different matches since the World Cup started, which is the team with the most losses?
Answer: Mexico.

25. The team who has had the most World Cup draws with 21 draws altogether, goes to which country?
Answer: Italy.

26. The World Cup is the most-watched event on television, even overshadowing the Olympics. True or False?
Answer: True.

28. Which is the only country to play in every World Cup tournament since the competition’s inception?
Answer: Brazil.

29. What was the original name of the World Cup?
Answer: The Jules Rimet trophy.

30. After their third World Cup win in 1970, Brazil was allowed to keep the Jules Rimet trophy permanently. What happened to the cup 13 years later?
Answer: It was stolen and has never been found.

31. Which team gets an automatic spot in the Finals of the tournament?
Answer: The host team.

33. Which the African nation is the first to host the World?
Answer: South Africa.

35. How many awards are given to World Cup players?
Answer: 6.

36. The top goal scorer of the FIFA World Cup gets an award. What is this award called?
Answer: The Golden Boot award.

37. The Golden Ball award goes to which player in the World Cup?
Answer: The best player.

38. Which is the only country to withdraw from the World Cup on the grounds that they were used to playing barefoot, which FIFA didn’t allow?
Answer: India.

39. Among the 20 times the World Cup has been held, how many countries have won the cup so far?
Answer: 8.

40. Who is the player with the record for the most goals scored in a single World Cup tournament and has held on to that title since 1958, when he led France to a third-place finish in the World Cup?
Answer: Just Fontaine.

43. Who is the oldest player to appear in the World Cup?
Answer: Dino Zoff.

44. Which two teams contested the match that came to be known as the Maracanazo, which was held at the Maracanã Stadium in Rio de Janeiro on 3 September 1989?
Answer: Brazil and Chile.

45. In which World Cup did players first wear jerseys with their surname on the back?
Answer: 2010 FIFA World Cup.

46. Who is the only player to play in two World Cup finals for two different countries?
Answer: Luis Monti.

47. The victorious countries of the World Cup are all from Europe or South America. True or False?
Answer: True.

48. Which was the first World Cup final to be decided on penalties?
Answer: 1994, between Brazil and Italy.

49. Who scored the first-ever goal in the World Cup?
Answer: Lucien Laurent of France.

50. What was the official song of the 2010 World Cup in South Africa?
Answer: Waka Waka (This time for Africa).

51. Which instrument became world-famous thanks to its association with football in South Africa?
Answer: Vuvuzela.

52. Which World Cup holds the record for the highest total attendance, at 3.57 million, and the highest average attendance at 68,626?
Answer: 1994 World Cup.

54. Which is the only continent, apart from Antarctica, that hasn’t hosted a FIFA World Cup?
Answer: Australia.

55. Who is the Russian player that holds the record for most individual goals in a single match, netting five goals against Cameroon in 1994?
Answer: Oleg Slanko.

56. Players are allowed the liberty to have sex during the tournament. True or False?
Answer: False.

57. It is said that after Germany hosted the World Cup in 2006, the country’s mortality rate went up as more babies were born nine months later. Birth rates ordinarily don’t change by more than 0.7% in Germany. What was the percentage increase in 2006?
Answer: 10%.

58. In the 2018 cup hosted in Russia, how much did FIFA spend on bonuses and cash prizes for participating teams?
Answer: Around $400 million.

59. Who is the player that holds the record for the quickest red card issued after just 56 seconds of play?
Answer: Jose Batista.

60. What is the mantra for the FIFA World Cup?
Answer: “For the Game. For the World”.

61. Which country is the smallest populated country in the world (with just over 300,000 citizens), to participate in the World Cup?
Answer: Iceland.

62. Which two countries were barred from participating in the qualifiers in the 2018 World Cup?
Answer: Zimbabwe and Indonesia.

63. What is the name of the coach who is the only man to coach five different countries at the World Cup, including Nigeria in 1998?
Answer: Bora Milutinovic.

64. Who is the great Soviet goalkeeper, who was voted the best goalie of the century by the International Federation of Football History & Statistics and is also known as the “Black Spider” for his signature all-black outfit?
Answer: Lev Yashin.

66. Which country in the 2018 World Cup, donated its proceeds from the tournament, bonuses amounting to more than $28 million, to charity?
Answer: Croatia.

67. Which team has won the most World Cup penalty shootouts, having won 4 in total?
Answer: Germany.

68. Which team has the highest amount of red and yellow cards across all the World Cup tournaments they’ve played in?
Answer: Argentina.

69. Which team has the most World Cup wins, having won 70 of their games at the tournament?
Answer: Brazil.

70. Who is the player who was sent off during France vs. Italy World Cup final, due to headbutting rival player Materazzi?
Answer: Zinedine Zidane.

71. Who is the England keeper whose dive to save a shot from Pele, is widely celebrated in England and regularly referred to as the ‘save of the century?
Answer: Gordon Banks.

Did you enjoy these fun FIFIA world cup trivia questions? Please leave a comment below and share if you like the content. Do you know that Wife Carrying is a sport?  Check out 30 weird sports around the world and 86 Fun Sports Trivia Questions and Answers