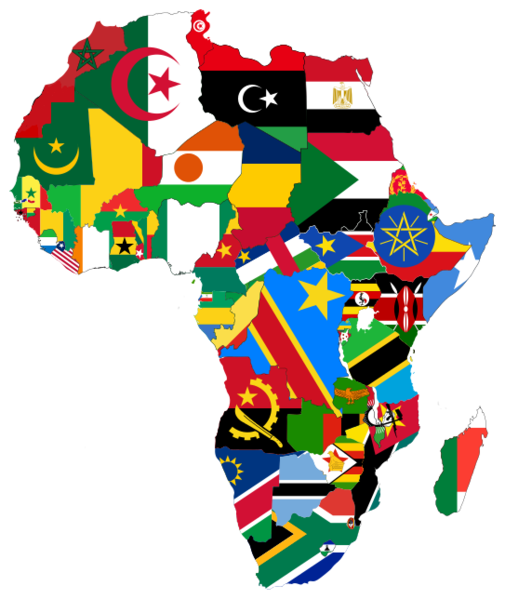 Africa is the second-largest continent, the most multilingual continent in the world, and the most culturally diverse. This continent holds over 30% of the earth’s remaining mineral resources and provides a home to the fastest land animals.

These  71 Africa Trivia Questions and Answers will need you to rack your brain up a little and see how familiar you are with what happens on the Black people continent. So, let’s get right into it!

1. The invasion, occupation, division, and colonization of most of Africa by seven Western European powers is known as?
Answer: The Scramble for Africa.

2. Which scientist was the first to suggest that humans first emerged in Africa?
Answer: Charles Darwin.

3. Which African civilization that was largely concentrated in Nigeria, produced some of the first sub-Saharan iron smelting and terracotta architecture?
Answer: The Nok Civilization.

5. The channel that connects the Atlantic Ocean to the Mediterranean Sea and separates Europe from Africa is called?
Answer: The Strait of Gibraltar.

6. Which war in Africa claimed the lives of over 5.4 million people and is the deadliest worldwide conflict since World War II?
Answer: The Second Congo War.

7. Which African country is described as the ‘last stronghold’ of slavery on earth?
Answer: Mauritania.

8. Which country is the only one in Africa with its own alphabet, containing 345 letters?
Answer: Ethiopia.

9. Which desert in Africa is the most popular and played a big role during the slave trade in the continent?
Answer: The Sahara Desert

10. What language is the most widely spoken on the African continent?
Answer: Arabic.

11. Which West African city is described as “the Paris of the Medieval World” because of its ancient intellectual culture?
Answer: Timbuktu.

12. What mountain formed by a dormant volcano is the highest point in Africa and is also the tallest free-standing mountain in the world?
Answer: Mount Kilimanjaro.

13. Africa was also home to the world’s shortest ever war recorded in history. The war began in August 1896 and lasted for only 38 minutes. Which two parties were in this fight?
Answer: Zanzibar and Great Britain.

15. What union headquartered in Addis Ababa, joins all the countries in Africa together?
Answer: The African Union (AU).

17. What island archipelago in the Indian Ocean is the smallest country by population in Africa?
Answer: Seychelles.

18. Which African country is the only one in the world to lie entirely one thousand meters above sea level, hence, the nickname ‘Kingdom in the Sky?
Answer: Lesotho.

19. What is the primary religion observed on the African continent?
Answer: Islam.

20. What is the largest living land animal in the world that is found in Africa?
Answer: The African elephant.

21. Which country is the most popular tourist destination in Africa?
Answer: Morocco.

22. How many member states are in the African Union?
Answer: 55.

23. The oldest known jewelry on the African continent is beads. What were they made of?
Answer: Shells.

24. Which of the surviving Seven Wonders of the Ancient World is found in Africa?
Answer: The Great Pyramid of Giza, Egypt.

25. Which country in the world is Africa’s biggest trade partner?
Answer: China.

26. Which African country has a total ban on plastic bags such that travelers entering the country are being searched to ensure strict adherence?
Answer: Rwanda.

27. What two major influential genres of music have their roots in Africa?
Answer: Highlife and Afrobeat.

28. After Lake Baikal, which lake in Africa emerges as the second-largest freshwater lake in the world by volume and is also the world’s longest lake?
Answer: Lake Tanganyika.

29. What two basic amenities do more than half of Africa suffer from?
Answer: Water and food scarcity.

30. In which African country will you find the glorious city of Timbuktu?
Answer: Mali.

31. Which Egyptian river is the longest river in the world?
Answer: River Nile.

32. Why do people in Tunisia build their houses with fish bones embedded into the walls and floors?
Answer: As a protection to ward off evil spirits.

33. Which African country has double the amount of pyramids in Egypt?
Answer: Sudan.

35. What is the deadliest animal in all of Africa?
Answer: Hippopotamus.

36. Which ethnic majority group pitched the Rwandan genocide against the Tutsis?
Answer: The Hutus.

37. Which sector of Africa’s economy employs 65 percent of Africa’s labor force and accounts for 32 percent of the gross domestic product?
Answer: Agriculture.

39. Which ethnic group inhabiting northern Tanzania and southern Kenya is the stretching of earlobes a common practice?
Answer: The Maasai.

40. Which country is often referred to as the ‘Giant of Africa’, has the richest Black people in Africa, and is in fact the richest country on the continent?
Answer: Nigeria.

41. What is the principal river of western Africa?
Answer: The Niger River.

42. What assault rifle is featured on the national flag of Mozambique, such that it is the only national flag in the world featuring a modern rifle?
Answer: AK-47.

43. The Republic of the Congo became independent from which country in 1960?
Answer: Belgium.

44. Which African city includes in its area, the archaeological site of Carthage?
Answer: Tunis, Tunisia.

45. Which is the largest country in Africa by land area?
Answer: Algeria.

46. The Goliath frog, the largest living frog on Earth, is found in which African country?
Answer: Cameroon.

47. Evidence of the earliest modern humans was found in which African country?
Answer: Ethiopia.

48. There is a pink lake in Africa called Lac Rose. Which country can you find it in?
Answer: Senegal.

49. Which African country is also known as the “Gold Coast”?
Answer: Ghana.

50. What was the Republic of Upper Volta, renamed in 1984?
Answer: Burkina Faso.

51. Which African country has more French speakers than France?
Answer: The Democratic Republic of the Congo.

52. Which despotic Ugandan dictator was known for his brutal regime and crimes committed against humanity?
Answer: Idi Amin.

53. What is the poorest African country?
Answer: Burundi.

54. The CAT Scan and the very first heart transplant in the world were done in which African country?
Answer: South Africa.

55. What is the name of Nigeria’s movie industry which is the biggest on the African continent and is the second largest movie industry in the world?
Answer: Nollywood.

56. Which waterfall is located on the border of Zambia and Zimbabwe and is one of the 7 wonders of the world? It is also named ‘The Smoke That Thunders’.
Answer: Victoria Falls.

57. Which Southern African tribe is the oldest tribe in Africa and the direct descendants of the first Homo sapiens?
Answer: The San tribe.

58. Which Nigerian city is the most populous in Africa?
Answer: Lagos.

59. Which country is Africa’s only Spanish-speaking country?
Answer: Equatorial Guinea.

60. Which river in Africa is the deepest in the world?
Answer: The Congo River.

62. Which tribe in West Africa follows a tradition called ‘Sharo’ where two men who want to marry the same woman, will have to beat up one another, and the one who takes the beating without showing signs of pain can take the wife?
Answer: The Fulani tribe.

63. Which country in Africa has the highest HIV rate in the world?
Answer: Swaziland.

64. Where was the apartheid movement introduced?
Answer: South Africa.

65. The lip stretching culture is significant of which African people?
Answer: The Surma tribe in South Sudan.

66. In which African country will you find the only governing body in the world where women outnumber men?
Answer: Rwanda.

67. From what tribe do most of Kenya’s athletes come from?
Answer: Kalenjins.

68. What language spoken as an official language of South Africa, is derived from the Dutch vernacular of Holland?
Answer: Afrikaans.

69. What monotheistic religion derived from African polytheism and ancestor worship, is a spiritual expression that combines African religion with animism and Spiritism and oftentimes, shamanism and witchcraft too?
Answer: Voodoo.

70. Which brightly coloredGhanaian textile is the result of a combination of various weaving traditions that existed in West Africa?
Answer: Kente.

71. ‘Hakuna Matata’, the most iconic phrase from The Lion King movie, is an expression meaning “no worries”. Which African language is this phrase derived from?
Answer: Swahili.

Hope you enjoyed these fun African Trivia Questions, please leave a comment and share with your family and friends. Which bird was once used to deliver Olympics results in Ancient Greece? Check out the answer and more 87 Fun Random Trivia Questions and Answers. Also, Check out 120 Fun Countries Trivia Quizzes and Answers.