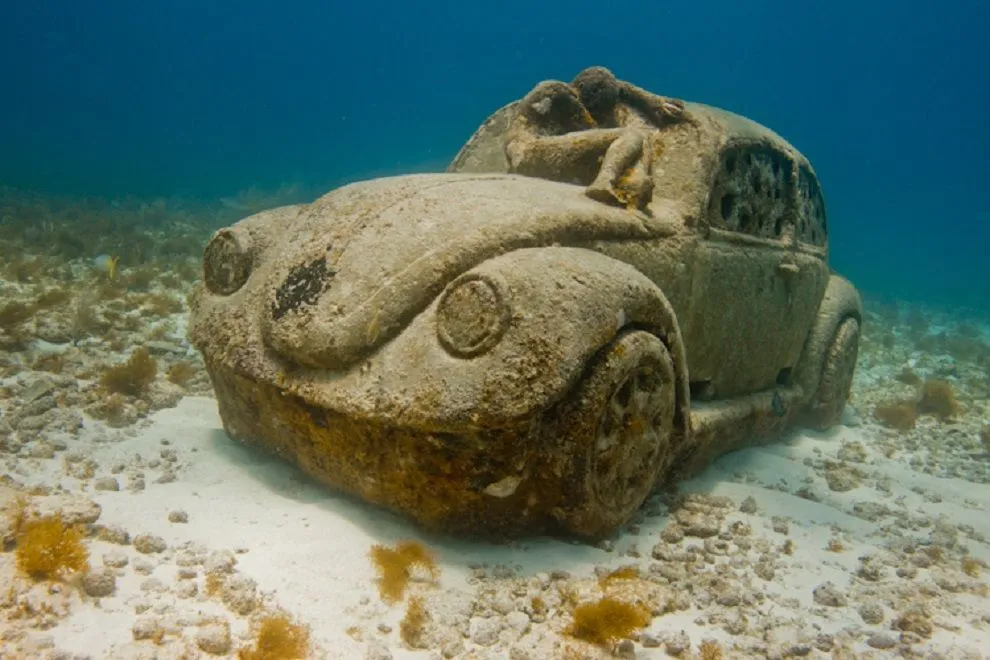 71 Interesting Facts About Top Museums In The World
Besides standard museums like art, science, and history museums there are also less conventional museums that you would never have thought that they actually existed. I mean, nothing could have prepared you for the worst there is to see at the Museum of Death, or in Italy’s Catacombe Dei Cappuccinior at the Vent Haven museum!

Most museums do not only celebrate arts and ancient culture but there are the quirky and unusual ones that render tributes to historical events, people, inventions, situations and so much.

This article is a worth compilation of interesting facts about top museums of the world. So many fascinating facts here that you probably never knew before. So, go right ahead, dig in and soak some knowledge!

1. The British Museum is the first national public museum in the world.

2. The British Museum famously houses the Rosetta Stone, found in 1799 by Napoleon’s army.

3. The Smithsonian National Air and Space Museum used a mechanical arm activated from space to cut the ribbon during their ribbon-cutting ceremony.

4. In the Cancun Underwater Museum in Mexico, you’ll find a large showcase of over 500 statues and sculptures underwater, all life-sized and fixed to the bed of the sea!

5. The National Gallery of Art, is the only U.S. museum to display a painting made by Leonardo da Vinci.

6. The Louvre museum is ranked as the very best museum in the world and in fact, it is the most visited.

7. The Hermitage Museum in Russia gives official employment to over 70 cats to take care of rodents in the museum.

8. You will find the brains of Albert Einstein preserved in glass slides in the Main Gallery at the Mütter Museum in Germany.

9. There is the Museum of Failure in Sweden that offers a vast collection of failed products and services from around the world that never made a hit in the markets.

10. In the Museum of Broken Relationships in Croatia; you can leave personal objects left by former lovers, accompanied by brief descriptions.

12. The Oceanographic Museum in Monaco sits high on a cliff, 85 meters above the sea.

13. Japan’s Cup Noodles Museum is home to a very extensive collection of instant noodles from around the world. Fun fact: you can create your own ramen noodles from scratch!

14. There is no actual bread in the European Bread Museum in Germany; just bread artifacts.

15. The Sulabh International Museum of Toilets in India demonstrates the history of toilets spanning from 3000 BCE to the 20th century. Such an incredible sight to behold!

17. Leonardo da Vinci’s Mona Lisa is one of the most famous pieces of art in the Louvre; so much so that it is protected by bulletproof glass and has its own bodyguards!

18. The MET museum is home to the oldest piano in the world.

19. The ‘Froggyland’ museum in Croatia has a fascinating collection of taxidermied frogs in human positions such as rowing boats and sitting in class!

20. The Cryptozoology Museum features full-size art sculptures of unverified animals and mystical creatures only rumored to exist by legend or belief; like Bigfoot.

21. The British Museum once recreated the recipe of a 2,000-year-old loaf of bread that was discovered during excavations in the Herculaneum.

22. The Hermitage Museum in Russia is the second largest art gallery in the world.

23. Hollywood’s Museum of Death is a delight for all crime fanatics! It houses a collection of art and artifacts surrounding the subject of death.

24. Nagasaki’s Atomic Bomb Museum serves as a remembrance of the United States atomic bombing of two Japanese cities, Hiroshima and Nagasaki in 1945.

25. The Hollywood film “Men in Black” was filmed in the Guggenheim Museum.

26. About 66% of the artworks in the Louvre museum are done by French artists.

27. Michelangelo was not a painter; he was a sculptor by trade. But he is the big brain behind the astonishing ceiling of the Sistine Chapel, which took him 4 years to finish.

28. The body of 2-year-old Rosalia Lombardo, housed in the Paris Catacombs, is so remarkably preserved with all its organs intact; it almost looks like a regular sleeping child.

29. The ‘DoniTondo’ painting that hangs in the Uffizi Gallery is Michelangelo’s only known “movable” painting on Earth.

30. The MET museum is the largest and the best museum in the United States.

31. The Mona Lisa painting once hung in the Uffizi Gallery when it was stolen from the Louvre in 1991.

32. The Musée D’Orsay in Italy was once a train station until it was gorgeously renovated and converted to a museum.

33. ‘The Scream’, an artwork by Edvard Munch was inspired by a Peruvian mummy the artist had seen on display in a Paris museum.

34. The Avanos Hair Museum is the world’s largest collection of hair gathered from more than 16,000 women, with their names and addresses attached!

35. The Creation Museum in Kentucky rejects science and follows the perspective of the book of Genesis, thus celebrating the biblical history of creation.

36. It takes around 4 months, over 500 precise measurements, and 150 photographs, and costs at least £150,000 to make each one of the wax figures at the Madame Tussauds museum!

37. All the figures displayed in the Madame Tussauds museum have their hair washed and make-up retouched regularly.

38. At 40 years old, the Guggenheim Museum was designated as a National Historic Landmark, thus making it one of the youngest monuments in the world to gain the title.

39. The Mummies of Guanajuato originated as a result of the “burial tax” that ensured the perpetual burial of a loved one. If the tax was not paid by a deceased family, the body was exhumed.

40. The Museum of Bad Art in Massachusetts, displays only the worst of arts there is to ever see; artworks too bad to be ignored. You should get ready for a good laugh on this one.

41. In the Icelandic Phallological Museum, is the world’s largest collection of penises and penile parts with over 220 varieties. Weird, right?

42. St. Peters Basilica, the biggest Catholic church in the world is part of the Vatican Museums.

43. Amsterdam’s Torture Museum is definitely not for the weak-hearted. It reveals a wild and creepy collection of medieval torture instruments such as the guillotine.

44. The Gold Museum in Bogotá, Columbia houses the largest collection of gold artifacts in the world. The ‘El Dorado’ raft is its most famous artifact.

45. The Museum of Counterfeiting, Paris is saddled with the sole purpose of educating people on the differences between the ‘real’ things and their ‘copies’.

46. The International Spy Museum in Washington DC, holds the largest collection of spy-related artifacts from the 1950s to date. Anything you can literally think of!

47. Might be a bit creepy but, the middle finger of Galileo’s right hand sits in an egg-shaped glass display case, fixed atop a marble pedestal in the Galileo Museum in Italy!

48. Although not open to the public, the CIA Museum houses war objects and gadgets used by the agency. One of its notable exhibits is Osama Bin Laden’s AK-47.

49. The Sewer Museum in Brussels, Paris, tells the story of the sewers: how, when, and why the sewers were built in the city of Paris.

50. There is also a museum in Tennessee that is entirely dedicated to salt and pepper shakers! It is the Museum of Salt and Pepper Shakers.

51. Mütter Museum’s most famous weird exhibit is the soap woman; a 19th-century body that was burned and combined with chemicals to turn her into soap!

52. The Meguro Parasitological Museum in Tokyo, is dedicated to various parasites of over 60,000 species. The sight of them will make your skin crawl!

53. The Dog Collar Museum in the UK is the largest public display of historic dog collars that have been built over the years and there are lots of stories behind them.

54. The Beijing Museum of Tap Water, China is built on the original place of the first water plant in Beijing Zhongzhimen Water Plant.

55. The National Air and Space Museum in Washington, D.C is the largest and most recognized museum dedicated to visible aircraft and space in the world.

56. The Apartheid Museum of South Africa illustrates the rise and fall of apartheid and racial segregation in South Africa, as well as the struggle for human rights in the country.

57. The War Remnants Museum in Ho Chi Minh City documents the brutal effects and tragedies of the Vietnam War through photography and relics.

58. The Museum of the Royal Tombs of Sipándisplaysthe most important archaeological discoveries in South America: the remains of Lord of Sipan, an ancient ruler of Peruvia.

59. The building of the Museum of the Royal Tombs was actually structured to look like a tomb.

61. The National Palace Museum and the Palace Museum in the Forbidden City, Beijing was once a single museum that split in two as a result of the Chinese Civil War.

62. If you’re looking to find the largest collection of ancient Chinese artifacts in the whole world, you’ll find them in theNational Palace Museum in Taipei.

63. The two most popular art pieces in the National Palace Museum are food items; a100 years old jadeite cabbage, and a stone carved in the shape of a piece of stewed pork!

64. The Vasa Museum preserves a 17th-century ship Swedish ship that capsized in Stockholm in 1628, and it is the most visited museum in Sweden.

65. The Museum of Death in Los Angeles famously houses the guillotine severed head of Henry Landru, the dreaded serial Killer of France.

66. The best place to see the most extensive works of Italian artist Pablo Picasso, is to look in the Picasso Museum in Barcelona, Spain.

67. The largest art heist in history happened at the Isabella Stewart Gardner Museum, totaling 13 paintings worth $500M. To this day, all of the empty frames are still hanging.

68. In Malaysia’s Museum of Enduring Beauty, you’ll find that wearing plates on the mouth was and still is a form of beauty standard in some places of the world.

69. The Infinity Mirrored Room, a mirror-lined chamber housing a dazzling and seemingly endless LED light display, is the most mind-blowing exhibit in Broad Museum.

70. The Rijks museum in Amsterdam is the only museum in the world with a road inside of it.

71. The Plastinarium in Germany houses a bizarre collection of plastinated corpses. You just need to be bold enough to look at them!

Hope you enjoyed reading these Interesting facts about the top Museums in the World. Please leave a comment below and share if you like the content. Check out 101 General Knowledge Trivia Questions and Answers – Part 1 here and 81 World History Trivia Questions And Answers