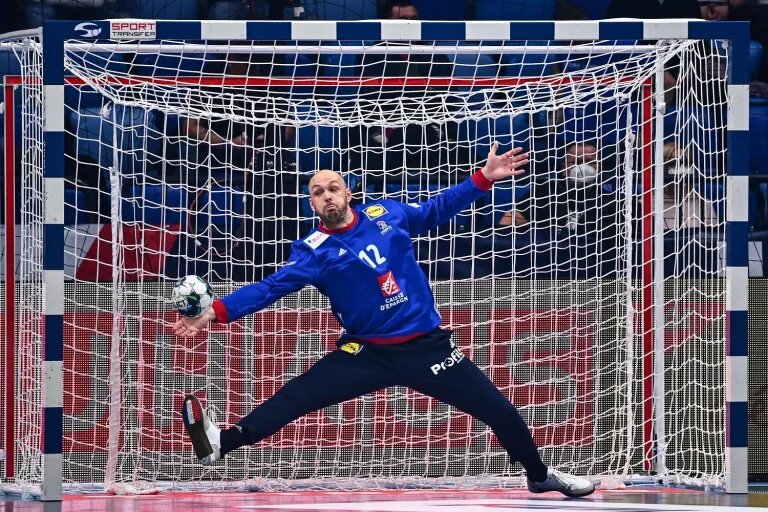 Handball is not a sport that is like your regular football game. Do you want to know how and why? Then try these Handball trivia questions and answers! And if you are not already inclined in the game, you will find that there is a very obvious distinction between the rules of this game in comparison to any other game you’ve previously known.

1. Germany is the cradle of the Handball. True or False?
Answer: True.

2. The game as we know it today was established in which country and in what year?
Answer: Denmark, 1898.

3. The very first written set of team handball rules was published in 1906 by who?
Answer: A Danish gym teacher, Olympic medalist Holger Nielsen.

4. Is jumping allowed during a penalty shot in handball?
Answer: No. As a rule, one of the shooter’s feet needs to be planted on the floor the entire time.

5. Penalties are thrown from what distance?
Answer: 7 m

7. Handball is played only indoors. True or False?
Answer: False

9. What are the various punishments a referee can give when foul play occurs?
Answer: A yellow card warning, a 2-minute suspension, or dismissal from the game based on the severity of the foul.

10. How many players from each team are allowed to be on the handball field?
Answer: 7

11. In outdoor handball, how many players are allowed on each side?
Answer: 11

12. How long does a handball match last?
Answer: 30-minute halves with an intermission.

13. How many teams participate in the group stage of the Women’s EHF Champions League?
Answer: 16

14. What is the highest achievement in club handball?
Answer: Winning the Handball Champions League.

15. How many passes must a team perform before they can shoot a goal?
Answer: 3 passes

18. Which Ukrainian (Soviet) player, was elected by the International Handball Federation as a female player of the century, and won the 1976 and 1980 Olympic gold medals?
Answer: Sinaida Turtschina

19. Who is referred to as the ‘Father of Handball in Africa’?
Answer: Babacar Fall

20. What is it called when you bounce the ball, hold it, then bounce it again?
Answer: A ‘double dribble’

21. Which Norwegian handball player was elected ‘Most Valuable Player in the World Championship of 2007?
Answer: Katja Nyberg

22. Where does your foot go when you do a Throw-in in handball?
Answer: The thrower must stand with a foot on the sideline

23. Which Swedish player almost died when he bumped into the goalkeeper during a game in 2002 and lost most of his teeth?
Answer: Johan Pettersson

24. Which of the maximum time for a suspension in Handball?
Answer: 2 minutes

25. Named as World Handball Player of the year in 1990, he is one of the best handballers in history. What is his name?
Answer: Magnus Wislander.

26. Handball is an Olympic Sport. True or False?
Answer: True

28. Does a goalkeeper in handball earn the right to touch the ball with his feet?
Answer: No.

29. Who set the record for most handball goals scored in a single Olympic tournament in the 2020 Olympics held in Tokyo?
Answer: Mikkel Hansen of Denmark.

31. How many continental federations is IHF composed of?
Answer: 5

32. How many yellow cards will a handball player get before he is issued a red card?
Answer: 3 yellow cards.

33. What color of the card will a player get by gesticulating or verbally questioning the referee’s order, as well as arguing with the officials’ decisions?
Answer: A yellow card

34. When do referees award a special throw to a team?
Answer: Usually after certain events such as scored goals, off-court balls, turnovers, and timeouts.

35. How should the ball used in handball games look like?
Answer: Spherical and must be made either of leather or a synthetic material. It is not allowed to have a shiny or slippery surface.

36. The official sizes of balls used in handball varies. What does this size variation depend on?
Answer: It depends on the age and gender of the participating teams.

37. What is the maximum number of officials that are allowed to sit on the bench for each participating team in a match?
Answer: 4

38. There is a new rule change in handball that now allows any player to substitute with the goalkeeper. What other sports operate this kind of rule?
Answer: Ice Hockey

39. In contrast to other sports like football, what will happen if either goalkeeper of participating team in a match, deflects the ball over the outer goal line?
Answer: The offending team stays in possession of the ball

See also  30 Weird and Surprising Sports Around the World

40. How long should a player who is in possession of the ball stand for and how many steps is he permitted to take?
Answer: The player may stand stationary for only three seconds, and may take only three steps.

41. How many hand communication signals are defined by IHF?
Answer: 18

42. A handball match is presided by how many referees?
Answer: Two equal referees.

43. Before 2012, how many timeouts per half were allowed for a team in a match?
Answer: Only one timeout per half.

44. The number of timeouts a team can call per half in a match was changed and became implemented in 2012. What is the rule now?
Answer: Teams can now call 3 timeouts per game (up to two per half), which last one minute each.

45. The substitution areas for each team are reserved for who?
Answer: Team officials, substitutes, and suspended players.

46. What is ‘doubling’ in handball?
Answer: It occurs when a diving attacking player passes to another diving teammate.

47. Who are the people responsible for publishing the modern set of handball rules?
Answer: Max Heiser, Karl Schelenz, and Erich Konigh.

48. The day the handball rules were published in Berlin, Germany, is seen as the “date of birth” of the sport. What is the date?
Answer: 29 October. 1917.

49. The first-ever official handball match was played where and on which day?
Answer: In Berlin on 2 December 1917.

50. How many member federations are listed by IHF?
Answer: 209

51. Where was the 2022 European men’s Handball Championship held?
Answer: It was co-hosted in two countries, Hungary and Slovakia, from 13 to 30 January 2022.

53. Which continent has stayed dominant in winning all medals but one, in the men’s world championship, since 1938?
Answer: Europe

55. Apart from Europe, which other parts of the world are handball popular in?
Answer: East Asia, North Africa, and parts of South America.

56. Since there are two main judges in a handball match, what happens if they disagree?
Answer: A short break is ordered to determine which judge is right.

58. Handball is generally considered to be the second-fastest played a team game. Which other game is faster?
Answer: Ice Hockey.

59. What is the name of the goalkeeper of the French national team, who is the only player to have won the World Championship 5 times?
Answer: Thierry Omeyer

60. Why is handball considered to be a hybrid sport?
Answer: It is a combination of football, netball, basketball, and water polo.

62. What is the new outdoor version of the sport called?
Answer: Beach handball

63. With 1363 goals in the Handball Champions Leagues, playing in 20 seasons in total, what is the name of the man with this achievement as the highest goal-scoring male?
Answer: Kiril Lazarov, Macedonian player.

64. Having played in 18 seasons of the Handball Champions League, Anita Görbicz, a Hungarian player, is considered the highest goal-scoring female in the sort. How many goals has she scored to her credit?
Answer: 1016 goals

65. A referee in a handball match can remove points from a team because of foul play. True or False?
Answer: False.

66. The referees in a handball match are to make their decisions on the basis of their observations of facts. Although their judgments are final, they can be appealed against. What are the conditions?
Answer: Only if not in compliance with the rules.

67. When does the goalkeeper in a handball match become an offensive player?
Answer: When he leaves the penalty area.

68. Who are the other two officials in a handball match that assist the referees?
Answer: A timekeeper, and a scorekeeper.

69. Both the goalkeeper and his fellow team players are allowed to cross the goal line. True or False?
Answer: False. Only the goalkeeper is allowed.

70. In handball, is there a limited number of substitution of players that is made?
Answer: No there isn’t. Substitution is unlimited.

71. When a goal is scored, what hand signal does the referee make?
Answer: He raises his hand up.

Did you enjoy these fun handball trivia questions? Please leave a comment below and share if you like the content. Do you know that Wife Carrying is a sport?  Check out 30 weird sports around the world and 86 Fun Sports Trivia Questions and Answers