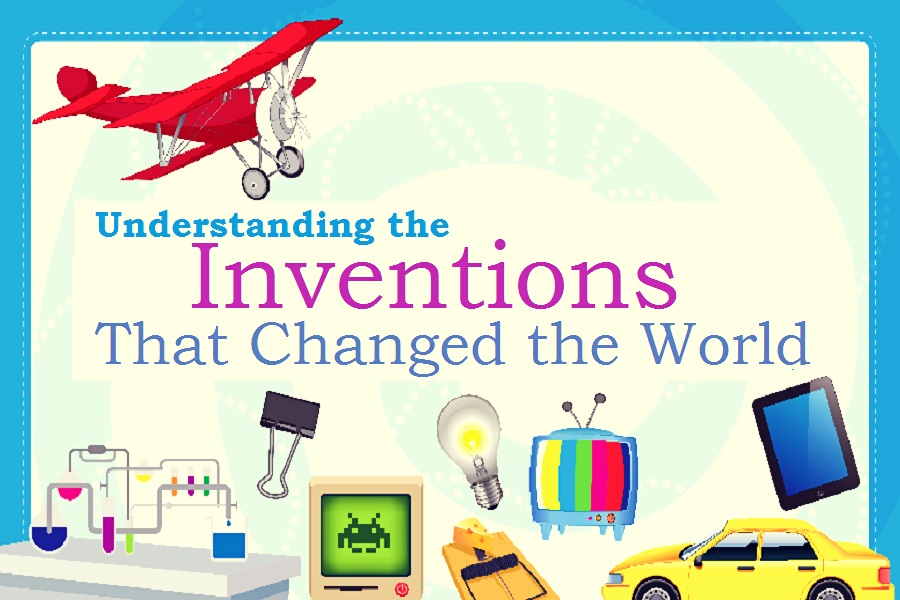 “If you can imagine it, then it is possible!” That’s what they say, right? Thus, there have been so many brilliant and fascinating inventions and discoveries that have changed the world, and we cannot help wondering about how they came to be and the inspirations behind them.

Did you know that the Braille system was invented by a 12-year-old blind boy? Yes, it was. So apart from top inventors like Isaac Newton and the likes of them, kids also have a chance to create sustainable inventions that will mean something to the world. But how much do your kids already know about the famous inventions of all time and their inventors?

This trivia quiz is made up of the greatest inventions in the world. It is an excellent way to acquaint your kids with some of the greatest innovations and genius minds whose intelligence and perseverance have shaped our modern world. So, here you go!

2. What is the reading and writing system created for people who are visually impaired called?
Answer: Braille.

5. What did the Wright brothers invent?
Answer: Airplane.

6. What were the first names of the Wright brothers?
Answer: Orville and Wilbur.

8. Who invented penicillin as an antibiotic?
Answer: Alexander Fleming.

9. Who developed the theory of relativity?
Answer: Albert Einstein.

10. Who invented the electric motor, as well as toy balloons?
Answer: Michael Faraday.

12. Which American inventor is the Tesla car named after?
Answer: Nikola Tesla.

13. The first type of disposable razor blades that were ever used was the ‘Gillette.’ Who invented it?
Answer: King Camp Gillette.

15. Who is the woman that invented windshield wiper blades?
Answer: Mary Anderson.

16. The Braille language system was invented by who?
Answer: Louis Braille.

17. Which American inventor of the ‘iPhone’ mobile, was also the CEO of Apple until 2011? Answer: Steve Jobs.

18. The hairdryer, stapler, and neon lighting were all invented in which country?
Answer: France.

19. Elisha Otis invented a safety device for which type of transportation?
Answer: Elevator.

20. What was the first machine Edwin Budding made?
Answer: The first lawn mower.

21. In which American state did the Wright brothers make the first sustained flight of their aircraft?
Answer: North Carolina.

22. Which term from the French word ‘for glue’ was coined by both Georges Braque and Pablo Picasso for a technique of art production?
Answer: Collage.

26. Which man is regarded as the father of computers?
Answer: Charles Babbage.

27. Who is the American typist who invented the first correction fluid (or liquid paper) in her kitchen in 1956?
Answer: Bette Graham.

28. Which woman is credited for creating the Barbie Doll?
Answer: Ruth Handler.

32. Which Italian painter conceived the idea of the parachute?
Answer: Leonardo da Vinci.

41. Which man is known as the father of Railways?
Answer: George Stephenson.

48. The first compass was invented in which country?
Answer: China.

52. Louis Braille was 30 years old when he developed the Braille system. True or False?
Answer: False. He is only 12 years old.

53. At the age of 19, what did Chester greenwood invent?
Answer: Earmuffs.

62. The typewriter was invented by who?
Answer: Christopher Sholes.

63. From which ancient Egyptian country did soap come from?
Answer: Babylon.

64. Who is the 11-year-old boy that invented the popsicles?
Answer: Frank Epperson.

65. The Singer sewing machine is the first sewing machine where the needle moved up and down rather than side-to-side. Who created it?
Answer: Isaac Singer.

66. Bicycle was first invented by who?
Answer: Karl von Drais.

71. When cornflakes were first made, they were actually the result of an experiment that went wrong. Who made the?
Answer: Will Keith Kellogg.