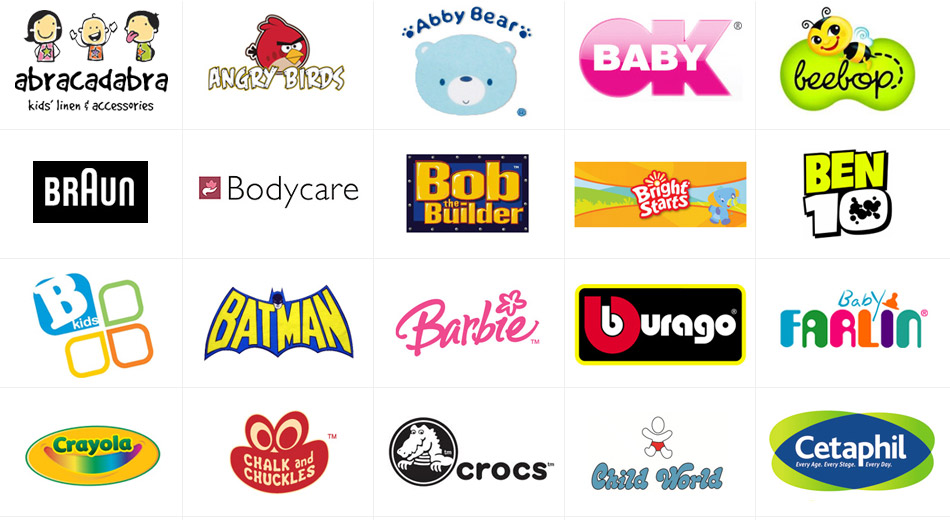 Do you know what brand makes your favorite kid products and the genesis of how they have come to be? Do you know how most of these brands started out and their first marketing products?

This quiz article is a mini trivia quiz on some interesting facts about kids’ famous brands. How much do you know but these most loved kid’s brands and how many of these questions can you answer?

1. What are the two most popular brands for kids?
Answer: YouTube and Oreo.

4. What is the best way to eat Oreos?
Answer: By dipping them into a glass of milk.

5. On what day is National Oreo Day celebrated in the USA?
Answer: March 6.

11. During World War II, Kit Kats were packaged in a different colors. What color was that?
Answer: Blue.

12. What was the former name of Kit Kat?
Answer: Rowntree’s Chocolate Crisp.

13. While Nestlé manufactures Kit Kats throughout the world, what company holds down the manufacturing of Kit Kats in America?
Answer: Hershey Company.

14. In which country will you find the most Kit Kat flavors?
Answer: Japan.

15. What was the very first flavor variant of Kit Kat, and when was it released?
Answer: Orange flavor; released in 1996.

19. What kind of snack is ‘Doritos?’
Answer: Tortilla chips.

20. Where was ‘Doritos’ invented?
Answer: Disneyland.

21. What does the word ‘Doritos’ mean?
Answer: Little Golden Thing.

22. In what part of the world is ‘Doritos’ banned?
Answer: Europe and Canada.

23. What is the best-selling candy in America?
Answer: M&M’s.

24. Is Hershey’s the largest chocolate manufacturer in the USA?
Answer: Yes.

25. The “Oreo Biscuit” was first developed and produced by the National Biscuit Company. By what name is this company known today?
Answer: Nabisco.

26. Who was the food scientist at Nabisco that developed the modern Oreo cookie filling?
Answer: Sam Porcello.

27. Where is the Nike headquarters based?
Answer: Beaverton, Oregon, USA.

30. What was the Nike company called when they first started out?
Answer: Blue Ribbon Sports.

31. Before the Hershey company became all about chocolate, what was it originally called?
Answer: The Lancaster Caramel Company.

32. Why was “The Town of Hershey” in Pennsylvania built?
Answer: It was built solely for the factory’s employees.

33. On what ship voyage did Milton Hershey and his wife escape death from?
Answer: The Titanic.

34. Why did Milton Hershey and his wife not die with the Titanic, even though they had bought tickets in order to be on the ship voyage?
Answer: They did not board the ship.

35. Who is the dairy farmer that created the ‘Reese’s Peanut Butter Cup?’
Answer: Harry Burnett Reese.

36. This company is the one Harry Reese used to work for before he started out his own company and they bought the business after Reese died. Who are they?
Answer: The Hershey Company.

37. The ‘Reese’s Peanut Butter Cup’ candy has its own special holiday, ‘I Love Reese’s Day.’ When is it celebrated in the U.S.?
Answer: Every year on May 18.

39. What is the fashion doll manufactured by Mattel, Inc.?
Answer: Barbie.

40. Where are ‘Mega Bloks’ made?
Answer: Montreal, Canada.

41. What is the most popular Nike shoe in America?
Answer: Nike Air Force 1.

43. What is the leading toy manufacturing company in the world?
Answer: LEGO.

44. By revenue analysis, what are the top two toy companies in the U.S.?
Answer: Hasbro and Mattel.

46. What is the name of Elliot Handler’s wife who invented the Barbie doll?
Answer: Ruth Handler.

47. The word ‘Lego’ comes from the Danish word “leg godt.” What does it mean?
Answer: Play well.

48. What was the first ever LEGO play set?
Answer: The LEGO train set.

50. In which country was LEGO founded?
Answer: Denmark.

51. The owner of the Hershey Company is a fourth-grade school dropout. True or False?
Answer: True.

52. What is the name of the individual bell-shaped chocolates wrapped in foil and made by Hershey?
Answer: Hershey’s Kisses.

53. What type of gun toys does NERF make?
Answer: A gun that shoots foam darts.

54. What does NERF stand for?
Answer: Non-Expanding Recreational Foam.

55. What is the number one TV channel for kids?
Answer: Nickelodeon.

57. What is the name of the multi-colored fruit-flavored button-shaped candies that originated in Britain?
Answer: Skittles.

58. What American company is known as the inventors of hands-free hydration bladders?
Answer: CamelBak.

59. What does the Crayola company make for kids?
Answer: Crayons.

60. Although he was color blind, he molded over 1 billion crayons for Crayola. Who is he?
Answer: Emerson Moser.

61. What is the name given to leftover pieces of Crayola crayons?
Answer: Leftolas.

63. What are the top best-recommended wipes for kids?
Answer: WaterWipes.

64. What is the only ingredient in the Aveeno baby product that is not found in the adult version of the product?
Answer: Allantoin.

65. Which Kellogg’s cereal was invented by mistake?
Answer: Cornflakes.

66. Who is the founder of Kellogg’s company?
Answer: Will Keith Kellogg.

67. What is the most famous cereal brand in the USA?
Answer: Cheerios.

68. What was the original name for Cheerios?
Answer: Cheers-Oats.

69. What alphabet shape is Cheerios made of?
Answer: ‘O’.

70. What is the flagship product of Cheerios?
Answer: Honey Nut Cheerios.

71. What was the former name for Kool-Aid?
Answer: Fruit Smack.