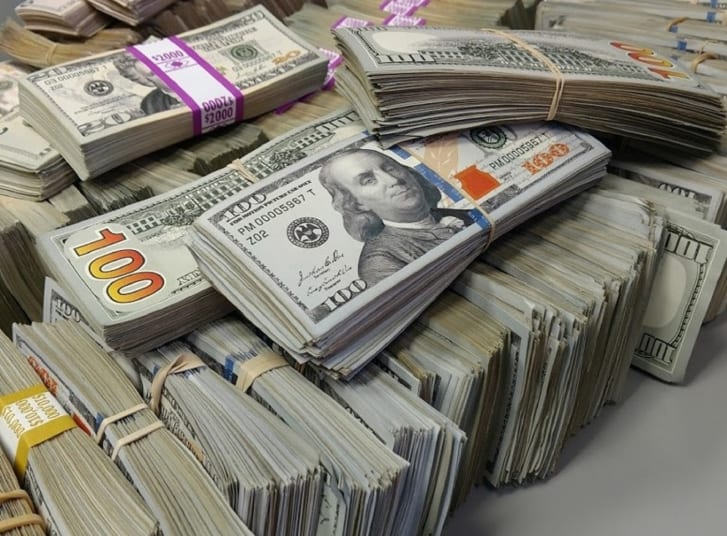 From the famous ones like the US dollar or the Euro to some lesser-known ones, there is a lot to know about currencies, money, and the financial market. Well, no matter how pleasant money makes you feel, let it not surprise you to know that your paper money is dirtier than your toilet!

13% of coins and 42% of paper money bills test positive for unpleasant bacteria, and so if you knew just how many ‘dirty’ hands your paper money has gone through before getting to you, then you might want to stick to making use of your cards more frequently. Regardless, we still love money and the whole idea of it! These Money Trivia Questions and Answers are going to place you on a great height of knowledge about money history, stock markets, and currency around the world.

1. What is the name of the goddess of marriage and women in whose temple the Romans made their coins and from which the words “mint” and “money” were derived?
Answer: Juno Moneta.

2. The Romans were the first ever to stamp the image of a living person on a coin in 44 B.C. Whose image was first featured?
Answer: Julius Caesar.

3. In America, what is the most common paper denomination?
Answer: $1.

4. Governments will sometimes infuse counterfeit money into an enemy’s currency to wreck their financial system. Which two countries have done this before?
Answer: Germany did it to England in WWII and the Americans did it to the Japanese.

7. Fort Knox, best known as the site of the United States Bullion Depository, is in which American state?
Answer: Kentucky.

8. Which Asian country has mastered the art of counterfeiting U.S. currency, specializing in a perfect replica of our $50 and $100 bills?
Answer: North Korea. Their fakes are so impressive that they are referred to as “superdollars,” and require specialized equipment at the Federal Reserve to be detected. As of 2009, an estimated $45 million worth of these fake bills were detected.

10. Which stock market is the largest stock exchange in the world, with a total market capitalization of about $27.2 trillion, as of March 2022?
Answer: The New York Stock Exchange.

11. England holds the record for executing counterfeiters. How many people were hung by the British in 1817, for making or passing phony bank notes?
Answer: 313.

12. Before early forms of money were developed, people used a simple form of transaction which involves the exchange of goods. What is this method called?
Answer: Barter.

13. Starting with the letter ‘N’ what is the study or collection of currency called?
Answer: Numismatics.

14. Who is the Scottish inventor that developed the ATM?
Answer: John Shepherd-Barron.

15. Which American company, established in December 1998 as ‘Confinity’, operates one of the largest worldwide online payments systems?
Answer: PayPal.

16. Which city is the major financial center of the European continent?
Answer: Frankfurt.

17. What is the world’s oldest currency still in use to date?
Answer: Pound Sterling.

18. The Sumerians in ancient Mesopotamia (modern Iraq) were the first people to use the first form of metal money, for which the monetary value depended on the weight of the coins. What was this metal money called?
Answer: Ingot.

19. What is the name of the man from California known as “Mr. Plastic Fantastic”, who has more than 13,000 credit cards, the largest collection in the world?
Answer: Walter Cavanagh.

20. He is the richest person in the world with a net worth of $224 billion. What is his name?
Answer: Elon Musk.

21. What happens to worn-out paper money bills?
Answer: They are shredded.

22. Which form of money was the longest and most widely used currency in history?
Answer: The cowry.

23. Money engravers are extremely skilled. They work with incredible precision, and the designs they cut into the plates is the mirror image of what the money will look like when it is printed. Approximately, how many years of training does it take to become an engraver?
Answer: 15 years.

24. Who was the first American to be pictured on an American coin in 1909?
Answer: Abraham Lincoln.

25. What did the ancient Chinese do to anyone caught faking the emperor’s paper currency?
Answer: They cut out their hearts.

26. What is the most traded currency in the world?
Answer: US Dollar.

27. In Old English “pygg” was a type of clay that was used to make jars and dishes that held money. The word eventually morphed into what?
Answer: “piggy bank.”

28. Which country uses credit cards and debit cards more than any other country in the world?
Answer: Iceland.

29. A bank note-counting machine can tally up to 100 bills in 4 seconds. It can also tell what denomination they are and if they are fake. True or False?
Answer: True.

30. What is the highest denomination of US dollars that are in production today?
Answer: $100 bill.

31. Who is the only woman to have ever appeared on a U.S. currency note?
Answer: Martha Washington.

33. Which country has the worst inflation in the world?
Answer: Zimbabwe.

34. What is the name of the company that has always produced the paper used to make the US currency?
Answer: Crane and Co.

36. In the United States, paper bills are printed by who?
Answer: The U.S. Bureau of Engraving and Printing.

37. Slang names like the greenback, Washington, clam, buck, and single all refer to which currency?
Answer: The dollar bill.

38. Which political figure can you see at the back of a £5 note?
Answer: Winston Churchill.

40. According to the U.S. Bureau of Engraving and Printing, how many times is estimated that it would take before a US bill will tear?
Answer: 4,000 double folds (forward and then backward).

42. Which country’s dollar has the highest value apart from the USD?
Answer: Canada.

43. How many currencies are there in the world, as recognized by the United Nations?
Answer: 180.

45. Which British royalty holds the record for appearing on more currency than any other person in the world, as her portrait has appeared on the currency of more than 30 different countries?
Answer: Queen Elizabeth II.

46. Which Disney princess is featured on a US Banknote?
Answer: Pocahontas.

48. On which US dollar bill will you find all 50 states of the country listed in it, although you will need a magnifying glass if you want to read them?
Answer: $5 bill.

49. The word “Salary” was adopted from the Romans, the Latin word for salt, as soldiers at the time were paid their wages in salt. What is the Latin word?
Answer: “salarium“.

50. By law, living presidents of the United States can’t have their faces on US Currency. True or False?
Answer: True.

51. What were the first and oldest form of money?
Answer: Livestock.

53. A type of money that is not backed by gold or other metals is known as?
Answer: Fiat.

54. What were the earliest banks used in ancient times where people stored grain or precious metals they used as money?
Answer: Religious temples.

55. The U.S. currency is actually fabric, not paper. What is it composed of?
Answer: Linen, cotton, and synthetic fibers.

56. What is the largest US bill ever printed although they were never circulated among the general public; rather, it was used for transactions between Federal Reserve Banks?
Answer: A $100,000 gold certificate that was issued in 1934.

57. The “all-seeing eye” that sits on top of the pyramid on dollar bills is a symbol of what?
Answer: Divine providence.

58. The average American family carries a credit card debt of how much?
Answer: $8,000.

60. What is the name of the first Secretary of the Treasury in the United States, whose portrait is on the $10 bill?
Answer: Alexander Hamilton.

61. If a dollar bill was printed in Fort Worth, what indication will see on the bill?
Answer: You’ll see an “FW”.

62. Only 8% of the world’s currency is physical money. True or False?
Answer: True.

63. There are 13 different representations of the number 13 on the $1 bill, which includes the 13 steps on the pyramid, as well as the 13 stars above the eagle. What does this number 13 represent?
Answer: The 13 original US colonies.

64. How many ATM machines are in Antarctica?
Answer: 1.

66. What happens to worn-out coins?
Answer: They are melted down and used to make new coins.

67. What is the name of the famous drug lord who spent $2,500 a month on rubber bands, to hold all of the bricks of his money together?
Answer: Pablo Escobar.

70. According to the Guinness Book of World Records, The Big Nickel is the largest coin replica in the world. It stands 9 meters high and 61 centimeters thick. Where is it located?
Answer: Sudbury, Ontario, Canada.

71. What does the Latin phrase underneath the pyramid on the dollar bill, “Novus Ordo Seclorum”, mean?
Answer: “A new order of the ages”.

Did you enjoy these money trivia questions? Leave a comment below and share if you like the content. Try playing101 interesting general knowledge trivia questions and answers or Try solving 6 Tricky Detective Riddles for Adult Deep