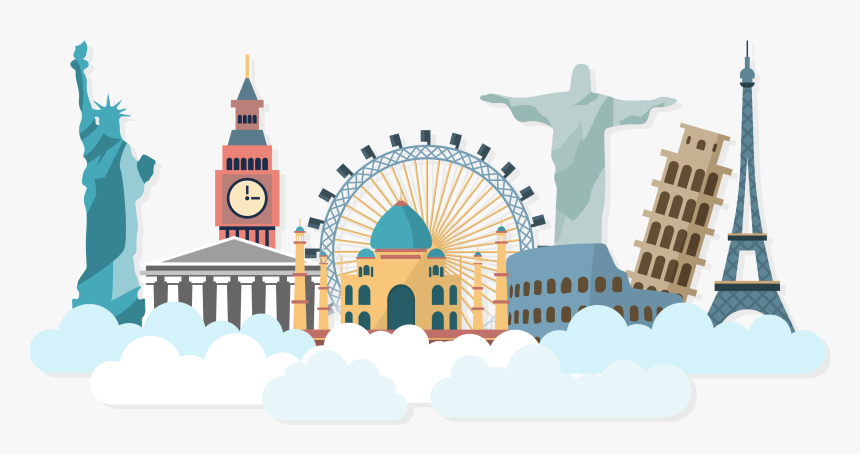 Over the years, many famous monuments and landmarks of the world have been discovered. Most of them are so fascinating and unbelievably incredible that one keeps wondering what great mastermind must have made them.
These Monuments and Architecture Trivia touches up on various architectural structures and monuments of different parts of the world. And of course, there is more than enough to put down here. But, this trivia will leave you guessing and wondering when, where, and how some of these structures were made. So, Enjoy!

1. The amazing landmark of Petra, where stunning buildings have been carved into the rock, is in which Middle East country?
Answer: Jordan.

2. The Acropolis is located in which capital city?
Answer: Athens, Greece.

3. What is the name of the mythical creature with the head of a human, and the body of a lion that sits guard over The Great Pyramids of Giza?
Answer: The Great Sphinx.

4. What is the most-visited paid monument in the world?
Answer: Eiffel tower.

5. Which Greek monument was dedicated to the goddess Athena?
Answer: Parthenon.

7. In which city would you find the largest ancient amphitheater ever built?
Answer: Rome.

8. The London Eye isn’t a building, what is it?
Answer: A Ferris wheel.

9. Which buildings located in Kuala Lumpur, Malaysia, are still the world’s tallest twin buildings in 2022?
Answer: The Petronas Twin Towers.

11. Which iconic observation tower in the city of Seattle is known for?
Answer: Space Needle.

12. Which Taiwanese skyscraper was the tallest building in the world until the Burj Khalifa was completed?
Answer: Taipei 101.

13. Which famous opera house in Australia was designed by John Utzon, winner of the International design competition in 1957?
Answer: Sydney Opera House.

14. Which Presidential residence, designed by an Irish, was set ablaze by the British army in the War of 1812?
Answer: The White House.

16. What is the French name given to the Statue of Liberty?
Answer: La liberte eclairant le monde

17. Which bronze statue located on a rock is the icon of Copenhagen Denmark?
Answer: The little mermaid statue.

18. Which is the only remainder of the Seven Wonders of the Ancient World?
Answer: The Great Pyramid of Giza.

19. Which natural landmark is considered to be the symbol of Japan?
Answer: Mount Fuji.

20. Which German castle was the inspiration for Disneyland?
Answer: Neuschwanstein castle.

21. The tallest building in the world, the Burj Khalifah is located in which city?
Answer: Dubai, United Arab Emirates.

22. Which Roman Catholic church in Spain has been in construction since 1882?
Answer: Sagrada Familia.

23. In which Brazilian city is the Christ the Redeemer statue found?
Answer: Rio de Janeiro.

24. What was the Roman Colosseum in Italy used for when it was built?
Answer: It was used for public spectacles such as mock sea battles, executions, animal hunts, drama, and reenactments of famous battles.

25. What is the nickname of London’s clock tower?
Answer: Big ben.

26. In which European city is the Eiffel tower located?
Answer: Paris.

28. The Great barrier reef, one of the most colorful places on Earth and also the planet’s largest coral reef system, is a natural landmark in which country?
Answer: Australia.

29. Which year did the leaning tower of Piza finally stopped sinking?
Answer: 2008.

31. The Great pyramid of Giza was the highest man-made monument in the world for how long?
Answer: 3800 years

32. Where was the Statue of Liberty designed and built and on what occasion was it given to the Americans?
Answer: It was built in France and gifted to the USA on its 100th anniversary of independence.

33. Which monument was built by an Indian emperor in commemoration of his wife?
Answer: Taj Mahal.

34. What is the name of the remote Polynesian island that is famous for its 887 surviving monumental statues and shrines dating back to the 10th century?
Answer: Easter Island, Chile.

35. Leshan Giant Buddha is a 71-meter Buddha statue that is both the tallest and largest in the world. Where is it located?
Answer: China.

36. What is the name of the palace complex that was the Chinese imperial palace for more than 500 years, beginning with the Ming dynasty and ending with the Qing dynasty?
Answer: Forbidden city.

37. What does Lady Liberty hold in her right hand?
Answer: A torch.

38. Where is the Stonehenge monument found?
Answer: England.

39. What is the name of the 9th-century fortified city in the Middle East, is said to be built on an artificial mound formed from the accumulated refuse of people living on the site for thousands of years?
Answer: Erbil Citadel, Iraq.

41. In which city can you find the Hollywood Sign?
Answer: Los Angeles.

43. What is so special about England’s Stonehenge monument?
Answer: The mystery which surrounds it. No one knows where it came from or how it got there.

44. What is the name of the abandoned Mayan city, a post-apocalyptic city that is now a ghost town?
Answer: Tikal, Guatemala.

45. Which Buddha temple is the largest Buddhist temple in the world, with over five hundred different Buddha statues?
Answer: Borobudur Temple Compounds, Indonesia.

46. Which color is the Golden Gate Bridge in San Francisco?
Answer: Red

47. Who is the French postman who spent 33 years picking up ‘special’ stones while delivering mails, with which he built the fantastical Le Palais Idéal, in Hauterives?
Answer: Ferdinand Cheval.

48. Which London landmark is home to the Queen of England?
Answer: Buckingham Palace

49. What is the name of the 12th-century Cambodian temple complex comprised of more than a thousand buildings?
Answer: Angkor Wat.

50. Which famous architecture in Seoul, South Korea was the most Instagram-tagged location in the whole of Korea in 2015?
Answer: The Dongdaemun Design Plaza.

51. What is the name of the ancient Roman temple located in the historic center of Rome?
Answer: Pantheon

52. Built to resemble a stack of playing cards, it also boasts the world’s longest elevated swimming pool, designed as an infinity pool and decorated with palm trees 57 stories above ground. Where is this place?
Answer: The Marina Bay Sands, Singapore.

53. The Guggenheim, New York, was designed by Frank Lloyd Wright, “the greatest American architect of all time”. How many sketches of this building did he do before he found the right one?
Answer: Over 700.

54. I am a square building located in a Saudi Arabian city, elegantly draped in a veil made of cotton and silk. Millions of Muslims from all over the world travel to come and see me. What am I?
Answer: The Kabba, Mecca.

55. In what European city and country would you find one of the world’s most beautiful parliament buildings and the Szechenyi Baths?
Answer: Budapest Hungary.

56. The Dark Hedges was featured in the Game of Throne series. In which region of the United Kingdom can it be found?
Answer: Northern Ireland.

57. Which famous church opened in 1626 and is home to numerous pieces by Michelangelo and Bernini?
Answer: St Peter’s Basilica.

59. In which city can you find Wawel Royal Castle?
Answer: Kraków, Poland.

61. What is the name of the famous medieval stone arch bridge located in the capital city of Czechia?
Answer: Charles Bridge.

62. What is the name of the landmark given to the craggy limestone rock formations, of which there are only now 7 left?
Answer: The Twelve Apostles.

63. Which famous landmark holds the legendary story that the mystical box of magical powers, the Ark of the Covenant, is buried under its structure?
Answer: Temple Mount in Jerusalem.

65. Which famous North American landmark located in Toronto, Canada, is the tallest free-standing structure in that country?
Answer: CN Tower.

67. What is the name of the Gothic church of magnificent architectural design, located on the grounds of Westminster Palace, London?
Answer: Westminster Abbey.

68. The Lotus Temple, made out of concrete and marble and looks like a giant lotus flower, can be found in which part of the world?
Answer: New Delhi, India.

69. The architectural beauty of the John Hancock Tower is found in which city?
Answer: Boston, USA.

70. Originally built as a church, and then later went on to become a mosque and now a museum, this architectural masterpiece is located in Istanbul. What is its name?
Answer: The Hagia Sophia.

71. New York’s Freedom tower is 1776ft tall. What is the significance of the number?
Answer: It marks the year of America’s independence. 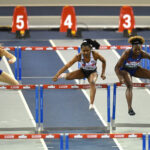