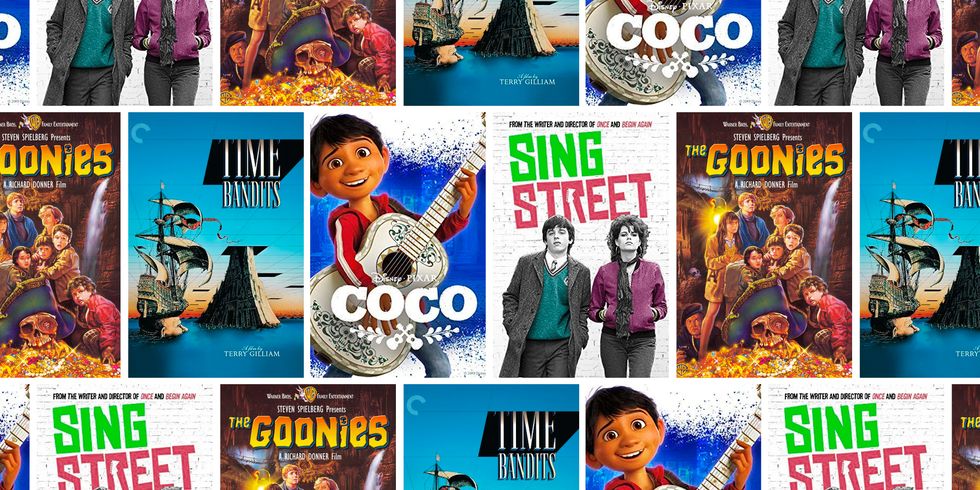 Do you still remember your favorite movies, TV shows, who your favorite characters were, the type and color of outfits they wear, or the kind of food they eat? We know how much children love their movies. Who doesn’t anyway?

So here, we have put together a good bunch of fun Kids Movie Trivia Questions and Answers. If you have kids who are extreme movie lovers, then they will be so excited to play this trivia quiz, and it’s going to be lots of fun! With this fascinating trivia, you’ll be able to check your kid’s knowledge of fun kid movie trivia questions and answers.

This quiz article will not only bring back the nostalgia for your childhood movies, but it is the perfect movie trivia for playing with the whole family. How many of these questions do you think you can answer correctly? Go ahead and take the test and see how well you will do!

3. What do the other animals call Mowgli in The Jungle Book?
Answer: Man-Cub.

4. Who has the largest eyes out of all the Disney princesses?
Answer: Rapunzel.

5. What is the name of Mickey Mouse’s boy duck friend?
Answer: Donald Duck.

6. What baby animal does Moana rescue as a toddler?
Answer: A turtle.

7. Which Disney character made their debut in Steamboat Willie?
Answer: Mickey Mouse.

8. Which movie will you find Cruella de Vil?
Answer: 101 Dalmatians.

9. What kind of animal is Dumbo?
Answer: An elephant.

11. What kind of animal is Rajah in Aladdin?
Answer: A tiger.

12. What does Cinderella’s Fairy Godmother turn into a carriage?
Answer: A pumpkin.

13. What material is Cinderella’s slipper made of?
Answer: Glass.

15. What is the name of Simba’s mother in “The Lion King?”
Answer: Sarabi.

17. What are the names of Ella’s stepsisters in the film “Ella Enchanted”?
Answer: Hattie and Olive.

18. An “Ice Age: Continental Drift”, what kind of animal is Manny?
Answer: A Mammoth.

20. Ursula from “The Little Mermaid” is said to be inspired by American drag queen Divine. True or False?
Answer: True.

22. Who is the Princess with the long hair in “Tangled?”
Answer: Rapunzel.

23. Which is the only Disney princess to have a child?
Answer: Ariel.

25. Which is the princess with the least amount of lines and screen time in a Disney film?
Answer: Sleeping Beauty.

26. Which is the only main Disney character that never speaks in a film?
Answer: Dumbo.

27. What was the name of Mulan’s horse in the Disney movie “Mulan”?
Answer: Khan.

28. Which character from “Frozen” is the youngest Disney villain at age 23?
Answer: Hans.

29. Who are the two princesses in “Frozen?”
Answer: Elsa and Anna.

30. Who is the only Disney princess with dimples?
Answer: Princess Tiana.

31. What song does Elsa sing while she builds a castle?
Answer: “Let it Go.”

32. Which is the only Disney princess with a tattoo?
Answer: Pocahontas.

34. Who is the first Disney princess to have a duet with a villain?
Answer: Princess Anna from frozen.

35. What is the name of the Prince in Cinderella?
Answer: Prince Charming.

36. Which Disney princess is the only one with hazel eyes?
Answer: Belle.

37. Which character in “Toy Story” was voiced by Tom Hanks?
Answer: Woody.

39. Who is the father of Ariel in “The Little Mermaid?”
Answer: Triton.

40. Which Greek god is Ariel in “The Little Mermaid“ related to?
Answer: Zeus.

41. In “The Lion King,” who is Simba’s uncle and murderer of his father?
Answer: Scar.

43. Who was the main character in “The Jungle Book?”
Answer: Mowgli.

44. Who is the villain in “The Little Mermaid?”
Answer: Ursula.

45. Who is the first American Disney princess?
Answer: Pocahontas.

46. Tiana is the princess in which Disney film?
Answer: The Princess and the Frog.

47. What song does Maui sing to Moana?
Answer: “You’re Welcome”.

48. What is the name of the human that Princess Ariel from “The Little Mermaid” fell in love with?
Answer: Eric.

50. Who is the boy in “Coco,” with the dream of becoming a musician?
Answer: Miguel.

51. What musical instrument does Miguel play?
Answer: The guitar.

52. From which vegetable did Popeye get his strength?
Answer: Spinach.

54. What is the name of the family in “Encanto?”
Answer: Madrigal.

55. What is the name of the Sleeping Beauty princess?
Answer: Aurora.

58. What is the name of the female rat who is the main character in “Zootopia”?
Answer: Judy Hopps.

60. What is the name of Shrek’s princess?
Answer: Princess Fiona.

61. Where does the Prince first see Snow White in “Snow White and the Seven Dwarfs”?
Answer: At the wishing well.

62. What is the meaning of the phrase ‘Hakuna Matata’ as said in “The Lion King?”
Answer: No worries.

63. Where does Aladdin live?
Answer: Agrabah.

64. Who is the villain of Aladdin?
Answer: Jafar.

65. What was the name of the princess that Aladdinwanted to marry?
Answer: Princess Jasmine.

67. What is the name of Belle’s father in “Beauty and the Beast?”
Answer: Maurice.

68. What is the name of the fictional city where “Big Hero 6” takes place?
Answer: San Fransokyo.

69. What are the names of Shrek and Fiona’s ogre triplets?
Answer: Farkle, Fergus, and Felicia.

70. Who was behind the Kabuki mask, revealing the one who burned down the lab at the beginning of “Big Hero 6”?
Answer: Callaghan, the robotics professor.

72. In “Brave,” what does King Fergus give Merida for her birthday?
Answer: A bow and arrow.

73. What is the name of Princess Merida’s three brothers in Disney’s “Brave”?
Answer: Harris, Hamish, and Hubert.

74. What is the name of the boy who transforms into a bear in “Brother Bear”?
Answer: Kenai.

75. What is the name of the Jonas Brothers band in “Camp Rock”?
Answer: Connect Three.

76. Why was Flynn Rider wanted in “Tangled”?
Answer: He is a thief.

77. Who is the villain in “Peter Pan”?
Answer: Captain Hook.

78. What was the name of the shop that Luigi & Guido owned in “Cars”?
Answer: Luigi’s Casa Della Tires.

79. In “Coco,” what was the Rivera’s family business, after they banned music from their home?
Answer: Show making.

80. What shape was the piece of the sky that fell in Chicken Little’s room?
Answer: An octagon.

81. What college does Melanie want to go to in “College Road Trip?’
Answer: Georgetown University.