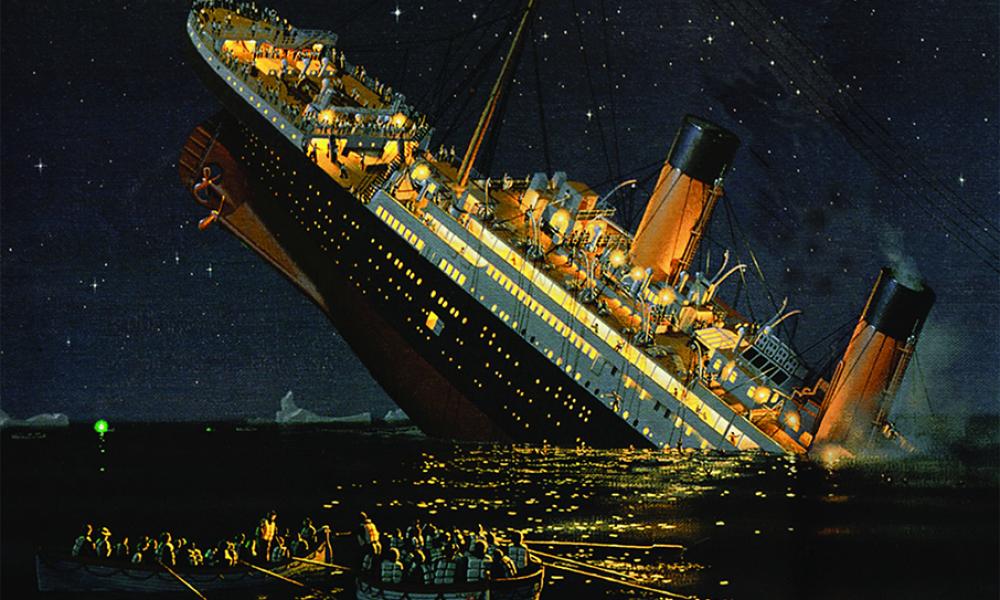 Titanic is a popular movie that is based on the true story of a famous ship that sank in 1912. The storyline of this movie is more about the story of a 17 years old girl that was set to be married but later fell in love with an artist on board the Titanic. As a fan of Titanic myself, I will carefully create these fun Titanic Trivia Questions to include all to fun the interesting scenes and makeup of the main titanic movie. Ready to go down some interesting memory lane? let’s get started.

1. What is the name of the person that had to be naked in front of actor Leonardo Dicrapico?

2. The hands that were seen sketching Rose was Leonardo DiCaprio’s or director James Cameron’s own?

3. Were the extras made in the likeness of the actual survivors? Yes or no?

4. How many dives did the director make to see the Titanic before making the movie? 5 or 12?

5. At what time of the movie did Jack start preparing to draw Rose? 1h 1 minutes or 1h 25 minutes?

8. The spitting scene was almost all ad-lib. True or false?

9. What did Winslet use to act the spitting scene when her saliva ran out? Lube or water?

10. What was the average height of the stuntmen in the engine room of the Titanic? 6 feet or 5 feet?

11. What is the name of the person that wrote the “This is where we first met” line during the final sinking? The director or Kate Winslet?

13. Did the director initially want to add a song to the movie? Yes or no?

14. What is the name of the person that sang the emotional song that was used in the movie?

15. What is the name of the entertainment company that produced the movie?

16. The movie throughout its production cost more than the Titanic. True or false?

20. Right before the movie was filmed, the main characters Rose DeWitt Bukater and Jack Dawson were not fictitious. True or false?

21. What was used to make the actors look like dead bodies? Wax and powder or oil and grease?

22. Did actress Kate Winslet chip her bone during the filming of the movie? Yes or no?

23. What is the name of the actress who was nominated as the best supporting act?

26. Which actor was offered the role of Jack but turned it down?

27. At what time of the movie was Rose looking for Jack through the corridors? 1h 5 mins or 2h 5 mins?

28. During the scene where Rose and Jack are on the bow of the ship and Rose says “I’m flying, Jack,” was the sunset real or computer-generated?

29. At around 30 minutes into the movie, the engine master said “All ahead full,” and we hear someone yell, “All ahead full!” in the background. Who was the person?

30. While filming the Titanic, did the production cost ever run out of control? Yes or no?

32. What is the name of the film’s choreographer?

33. Harland and Wolff, the Belfast shipyard who built the Titanic in 1909, didn’t agree to open up their private archives to the production. True or false?

34. What is the name of the only person involved in the production of the film that was actually living in 1912?

36. What is the name of one of the actors that said “You’d have to pay me an awful lot of money to work with James Cameron again”? Leonardo or Kate?

40. How much was invested in the film’s marketing upfront? $10 million or $4 million?

41. What is the name of the last remaining Titanic survivor, who was asked to attend the premiere?

42. Was the piece of wooden paneling that Rose floated on after the sinking based upon a genuine artifact that survived the sinking? Yes or no?

43. In the movie, James was in what class of passengers on the ship? First-class or third class?

45. Who convinced Celine Dion to sing the film’s song? Her husband or her child?

46. Titanic was the first film to be nominated twice for an Academy Award. True or false?

47. Christian Bale auditioned for the role of Jack Dawson but was turned down because of his accent. True or false?

49. Did Leonardo and Kate commit to the film even before it was written? Yes or no?

51. What was the first scene to be filmed? The nude scene between Leonardo and Kate or the sinking of the ship?

53. Did the director threaten to fire anyone who got out for a bathroom break while shooting the lifeboat scenes? Yes or no?

54. Why did Kate Winslet perform the nude scene without the need for a body double?


Because she had no aversion for nudity

55. Was Kate Winslet allowed to wear a wetsuit during the water scenes? Yes or no?

56. What were the props that the stuntmen used made of? Plastic or foam rubber?

58. Did any of the cast and crew catch any kidney infection because of shooting in cold waters? Yes or no?

60. Was Leonardo injured while filming the scene in which their characters pull up a bench in third class and use it to smash a gate open? Yes or no?

61. Did James Cameron forfeit his upfront director’s salary of $8 million? Yes or no?

62. Was there any actual footage of the Titanic before the movie was produced? Yes or no?

63. Why did Robert de Niro turn down the role of Captain Smith? Cancer or gastrointestinal infection?

65. Leonardo usually broke the rules that were given to him by Kate about the kissing scenes? Yes or no?

66. Titanic was never presented to a test audience before its official release. True or false?

67. “Romeo and Juliet on the Titanic” was the single line that James Cameron used to pitch the film to 20th Century Fox. True or false?

68. What is the name of the actor that was cast for the role of Cora Cartmell instead of Lindsay Lohan?

70. What did Rose say to the man that was talking to her Swedish at the party in the steerage?

71. Did the actors wear waterproof makeup for the scenes shot in the aftermath of the sinking? Yes or no?

72. The rooms that Rose and Ruth boarded didn’t correspond with the Titanic. True or false?

73. Who was James Cameron’s first choice to play the role of Jack Dawson? Johnny Depp or River Phoenix?

74. Was Titanic the second film to win a total of 11 Academy Awards? Yes or no?

75. A California artist Beatrice Wood was who the character Rose was originally based on. True or false?

76. How many hours did James Cameron initially want the film to be? 5 hours or 4 hours?

78. What did Kate have to learn for her scenes in the water? Swimming or scuba diving?

79. Did James Cameron supervise all of the underwater shots of the Titanic himself? Yes or no?

81. The Titanic was the first film James Cameron ever directed that did not include or mention nuclear weapons. True or false?