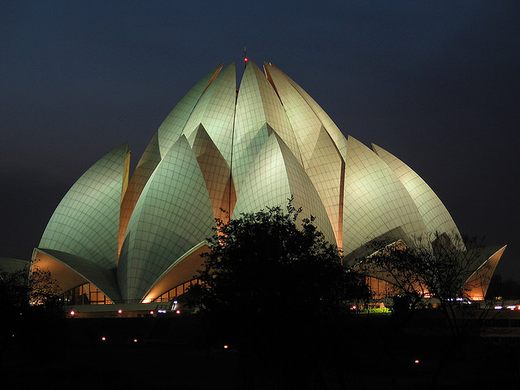 Interesting and Fun Facts about Delhi

Delhi is the national capital territory of India full of many interesting political, cultural, and religious histories and facts. Do you know that museum of toilets is located in Delhi? Keep reading as I promise that you will discover many interesting things about Delhi that will Surprise you.

1. There are some parts of the city that were not designed by Indians such as New Delhi, which was designed by British architects.
Advertisements

2. The largest mosque in the whole of India is in Delhi, Jama Masjid, it was built in 1656 by Mughal Emperor Shah Jahan.

3. The Red Fort was originally white, it was only painted red when the limestone that was used to build it started chipping off.

4. Qutub al-Din Aibak the founder of the Delhi sultanate was the one that started the construction of Qutub Minar, which is the Tallest brick Minaret in the world.

5. The Humayun’s Tomb, which is located in the Nizamuddin area of Delhi, is the inspiration behind the construction of the Taj Mahal.

6. The Qutub complex, which comprises many ancient and medieval monuments in Delhi is a UNESCO World Heritage Site.

7. Situated in Old Delhi close to the Red fort near Fatehpuri Masjid, the largest spice market in Asia is Khari Baoli.

8. The Delhi Transport Corporation runs the world’s largest group of Eco-friendly buses which makes use of compressed natural gas as fuel.

9. Asia’s largest wholesale market for fruit and vegetable is the Azadpur in Delhi, which was constructed in 1977.

10. Some of the weirdest museums in the world are located in Delhi such as the Sulabh international museums of toilets which is dedicated to the global history of toilets.

11. Delhi has hosted the most expensive and largest Commonwealth Games in the history of the event, and it was held from 3rd to 14th of October 2010.

12. Delhi is considered one of the greenest cities in the world because of its 20% of ecological cover.

13. There are some country capitals in the world that are bird-rich, and Delhi comes second after Nairobi in Kenya.

14. The National Rail Museum of India is in Delhi, which shares some insights into the rail heritage of India and it was established in 1977.

15. In the past, Delhi, the capital city of India was once a walled city that had 14 gates. Only five out of the fourteen remain.

16. There are eight Baha’i temples around the world, and the Lotus Temple in Delhi is the only one that is located in Asia.

17. According to a survey that was conducted by property advisory firm CBRE, the 7th most expensive Hotspot in the world is in Delhi.

18. The metro platform is named the best after that of the US and it is built to also allow users who are blind to also make use of it.

20. The number of political zones in Delhi is 11 and the city also has about 95 police stations.

21. The population of Delhi is growing and it is quite high, with about 25 million people living in the capital city.

22. People often confuse New Delhi for Delhi, but there are differences, Delhi is the national capital territory, while New Delhi is part of the capital.

24. Delhi is the second-most populous city in the world and it also has the highest number of registered cars in India.

25. The main airport of the city is located in New Delhi and was named after Indira Gandhi, and it costs about 40 million passengers every year.

26. In terms of economic development, Delhi is growing very fast and it is the leading commercial center of India.

27. Due to the contributions of Sir Herbert Baker and Edwin Lutyens, as the designers of the city, Delhi is sometimes called the Lutyens Delhi.

28. The reason why Delhi is called the heartbeat of India is that people from all the provinces come there to live and work and they were included in the Union Territory on the 1st of November, 1956.

29. The world book fair in Delhi is an important event that has been running in the city since 1972 and held at Pragati Maidan.

30. According to The Department for Promotion of Industry and Internal Trade (DPIIT), the cumulative foreign direct investment (FDI) inflows into Delhi stand at $ 89.68 billion from 2000 to 2019.

WAIT! Do you know that Importing and smuggling chewing gum is illegal in Singapore? Love to know more about Singapore? Check out 61 Fascinating And Fun Facts About Singapore.

31. Tourism is also one of the biggest industries in Delhi, and about 2 million foreign tourists visit the city every year.

32. The merchandise export industry of Delhi is booming, with the industry worth around $4 billion.

33. In the whole of India, the educational center of the country is in Delhi. With schools like the University of Delhi, Indraprastha University, Jawaharlal Nehru University, Indira Gandhi University, etc located there.

34. Delhi is the largest milk market in India, with about 5 million liters of milk consumed in the region every day.

35. Real estate is also among what supports the economy of Delhi and makes up about 20% of the economy.

36. In the past, today’s residential areas of Delhi, Willingdon Crescent (Lutyens Delhi), Connaught Place, and Lodhi Garden, were not famous; it was under other villages.

37. It was in the year 1911 that the capital of India was shifted from Kolkata to Delhi after India got their independence.

38. Generally, the city comprises Old and New Delhi and the surrounding metropolitan region, as well as adjacent rural areas.

40. The Presidential House, also known as Rashtrapati Bhavan, was constructed from 1913 to 1930.

41. The city was named for Raja Dhilu, a king who reigned in the region in the 1st century BCE according to a legend.

42. A lot of mighty empires have ruled in Delhi and it is said that the city changed its locality a total of seven times between 3000 BCE and the 17th century CE.

43. One of the weirdest facts about Delhi is that the earlier locations of Delhi fall within a triangular area of about 180 square kilometers and is called the Delhi triangle.

44. New Delhi is known to have a lot of flowering shade trees such as the neem which is a drought-resistant tree with pale yellow fruit, jaman, mango, etc.

46. A lot of kingdoms have invaded Delhi and lived there and one of them was the people of Grey ware culture that inhabited the place around 1200 BCE.

47. The animal life in Delhi is quite diverse and is made up of carnivorous animals such as leopards, wolves, hyenas, jackals, etc, herbivores, reptiles, and birds.

48. The climate of Delhi is characterized by extreme dryness, frequent thunderstorms, and rain from July to September. It also experiences a dry winter.

49. The coldest month in Delhi is January, with low temperatures in the mid-40s F and high temperatures at 21 °C.

50. The monsoon season in Delhi starts in July and ends in September every year.

51. During the first recorded state-level society in the Indian subcontinent in the Vedic period, Delhi was the site of Indrapat, the capital of the Kuru kingdom.

52. After the Marathas defeated Delhi in a battle in 1757, they captured the city and continued to control it until 1803.

56. An IT market in Delhi where computer software and other accessories are sold known as Nehru Place is the largest IT market in Asia.

57. There’s a lot of pollution in Delhi and in May 2014, New Delhi was declared by the World Health Organization (WHO) as the world’s most polluted city.

58. With an area of 1484 square kilometers, Delhi is the largest city in India by area.

59. There’s a 27-ton pillar which is known as the Ashoka pillar that was brought to Delhi Emperor Feroz and was built by the great Emperor Ashoka.

60. The red fort in Delhi was once named Qila Rai Pithora after it was captured by the Chauhan kings of Ajmer in 1180.

61. Delhi government has made provisions for their citizens in case of fire breakout with over 50 fire brigade stations and 3000 personnel.

Do you know that the number of dogs in Paris is higher than the number of children? What to discover more about Paris? Check out 61 Fascinating Facts about France and Paris