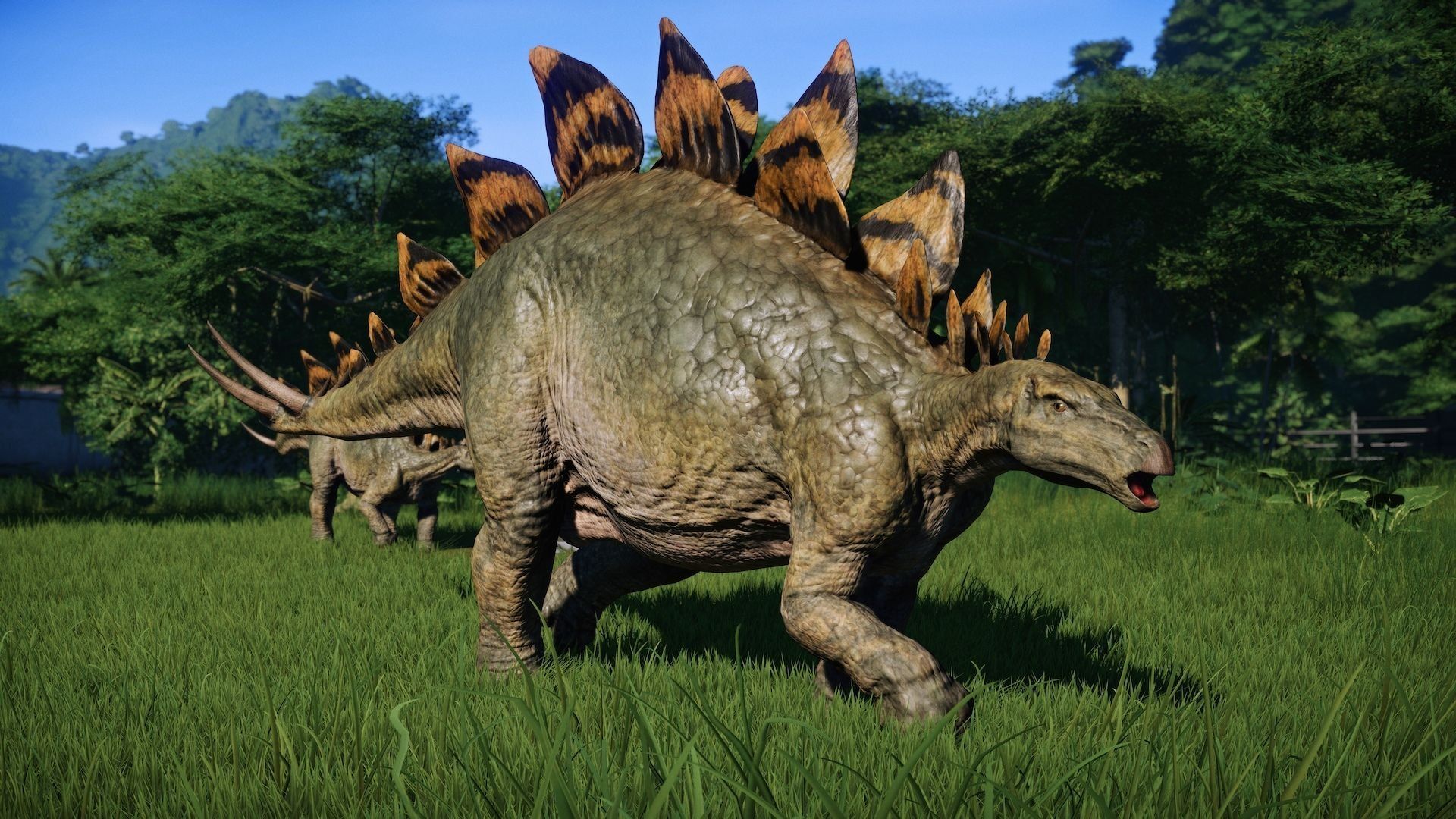 1. Interestingly, the size of the brain of a Stegosaurus is believed to be equivalent to that of a Ping-Pong ball.

2. It would intrigue you to know that an average Stegosaurus weighed about 2 tons.

3. Stegosaurus is about 14 feet tall.

4. They are quite large in nature as they are about 9 meters in terms of length.

5. It is believed that the Stegosaurus lived about 150 million years ago.

6. Their fossils were found majorly in North America and more recently in Portugal.

7. Despite their large size, they aren’t the fastest of animals as they can only run at a speed of about 5mph.

8. Quite fascinating to know that the plates found on their back are attached to their skins, not skeletons.

9. Their tail spikes are around 2-3 feet in terms of length.

10. Stegosaurus are known to be herbivorous in nature which means they are plant eaters.

11. The Stegosaurus is actually the most famous out of the dinosaur family.

12. The word “Stegosaurus” was coined from the Greek word “Stego” which means Roof while “Saurus” means Lizard.

13. Their swollen cheeks allow them to store foods for future purposes.

15. Despite their large size, it is believed that Stegosaurus surprisingly have a weak bite.

16. The most preferred location for the Stegosaurus is believed to be in the Woodlands.

19. In 1982, the Stegosaurus officially became the state dinosaur for Colorado.

20. Some experts do suggest that the Stegosaurus was Bi-pedal in nature which means they walked on two legs.

21. Although, some school of thought suggests that the Stegosaurus didn’t originate from North America as widely believed but they originated from Asia.

22. Scientists believes that the plates on their back help them regulate their temperature to suit their environment.

23. It is believed that the Stegosaurus was one of the inspirations behind the look for Godzilla.

24. Some scientists suggest that the plates on their backs serve as a form of defense against predators and they also use it to attract a mate.

25. Interestingly, the Stegosaurus had three toes each and the forefeet had five toes each.

26. The plates on their backs are diamond-shaped and are about 2 feet tall.

27. Some scientists believed that the Stegosaurus had another brain in the butt region.

28. The total number of plates on a Stegosaurus back is believed to be 17.

29. They have a low center of gravity to the ground because their front legs were shorter than the back.

30. No hard teeth but uses a strong beak to chew their foods.

31. Some Stegosaurus fossils have been found in places like Wyoming, Utah, western Europe, China, and Southern Africa.

32. It is one of the rarest dinosaurs to have graced the earth.

33. They were closely related to Ankylosaurus.

34. The Stegosaurus emerged from a small lineage of armored dinosaurs such as Scutellosaurus and Scelidosaurus.

35. It is believed that the plates on their backs may contain blood vessels.

36. The Brachiosaurus was Giraffe in nature as they are about 9 meters high which is equivalent to that of two double-decker buses placed on each other.

38. Just like the Stegosaurus, fossils of the Brachiosaurus were found in Colorado and some other parts of Europe and Africa.

39. They had longer legs at the front than at the back.

40. Unlike other sauropods, the Brachiosaurus is known for having a short tail.

41. Interestingly, only one Brachiosaurus skull has been found to date.

42. They are believed to be warm-blooded in nature.

43. Just like the Stegosaurus, they came into existence during the Jurassic era which is about 154 million years ago.

44. The Brachiosaurus are plant eaters which makes them Herbivorous in nature.

45. They often travel in herds.

47. Quite fascinating to know that the average life expectancy of a Brachiosaurus is about 100 years.

49. Due to their gigantic size, the Brachiosaurus had no predators.

50. The Brachiosaurus was the first dinosaur to appear in a movie through a computer simulation in 1993.

51. Triceratops isn’t the finest of dinosaurs as they have three horns on their face.

52. Triceratops are herbivorous in nature.

53. They feed majorly on cycads, palms, leaves, or ferns.

54. Quite fascinating to know that they have over 800 teeth and can easily replace old ones with new ones.

55. The triceratops came into existence about 66 million years ago.

56. They are known to have one of the largest skulls amongst all other land animals.

57. Unlike the Brachiosaurus, they lived majorly as a solitary individual rather than in groups.

58. They often use their frill to communicate.

59. A Triceratops bone is very strong.

60. Triceratops fossils were found in Colorado and they could cost as much as $1 million.

62. Unlike the Stegosaurus, they are quite fast in nature and travel at a top speed of 32 km per hour.

Do you know that the largest dinosaur footprint stood at an amazing 3 feet and 4 feet long? Check out the other 60 Interesting Dinosaur Facts.