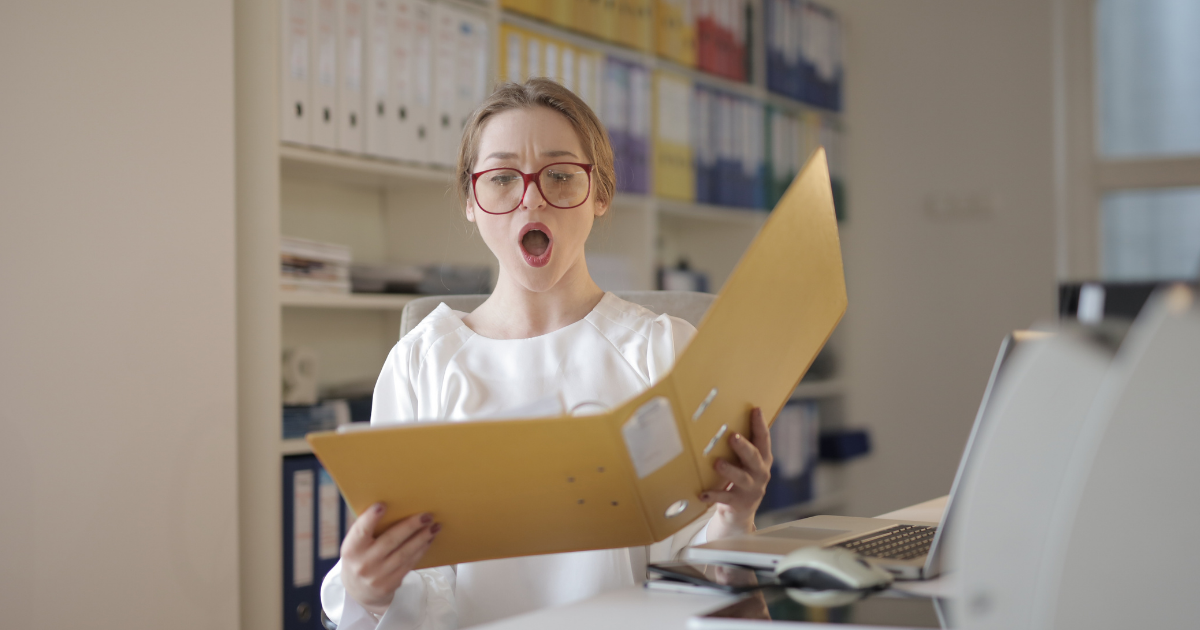 Do you know that chocolates were once used as currency in the ancient Maya? Explore mind-blowing facts on a variety of interesting topics to increase your knowledge bank. Imagine telling your friends and family certain strange facts they have never heard about, that is the ability you will have after reading these carefully selected simple and short facts. Are you Ready? Put on your seat belt and let us drive you into the ocean of surprises.

1. Cat can’t see anything directly below their noses.
2. Just like humans, cats also have dreams.
3. Cats have over 100 sounds
4. Cats sleep a lot. They sleep for over 70% of their life span.
5. The net worth of the wealthiest cat in the world is 7million pounds.
6. In 1963, the first and only cat to ever go to space was named “Astrocat”.
7. A famous Australian Cat is known as Didga performed 24 tricks in just sixty seconds.
8. Cats dislike maintaining direct eye contact with them.
9. When a cat attacks your ankles, it simply means they are bored.
10. A cat’s nose is very unique just like humans’ fingerprints.

1. Dog can read humans’ facial expressions.
2. Dogs can learn up to 1,000 words.
3. Tail wagging is a good sign of a really happy and nice dog.
4. When overheated or stressed out, a dog’s sense of smell is reduced by 40%.
5. Dogs only sweat through the pads of their feet.
6. Petting a dog can help lower human blood pressure. Read more here
7. Unlike humans, a dog’s sense of smell is 10,000 times stronger.
8. Dogs can be trained to detect diseases in humans.
9. Just like humans, dogs do get jealous.
10. The oldest dog in the world died at the age of 29.

1. On average, an adult takes in over 20,000 breathe per day.
2. The human heart beats about 100,000 times a day.
3. The human stomach turns red when they blush.
4. The right lung can take in more air than the left.
5. The human eyes have the ability to decipher over 10 million different colors.
6. Over a 100,000 chemical reaction occurs in the human brain per second.
7. You can’t sneeze with your eyes open.
8. The fats in the human body can make up to seven bars of soap.
9. In photography terms, the human eyes are up to 567 million megapixels.
10. The human nose can remember up to 50,000 scents.

Humans can create up to 7000 facial expressions.
The carbon the human body has can be used to make 9000 led pencils.
The human body contains gold.  Its quantity is about 2.3 milligrams. You will need the blood of 40000 people to make 1 gram of coins.
Your brain can generate enough electricity to power a small light bulb.
Within 365 days, the human heart pumps enough blood to fill an Olympic size pool.

1. Interestingly, the most expensive pizza in the world takes 72 hours to make and costs up to $12,000.
2. As shocking as it may sound, chocolates were once used as currency in the ancient Maya.
3. One fast-food hamburger may surprisingly contain up to 100 different cows.
4. Research suggests that peanut butter can be transformed into diamonds due to its high percentage of carbon.
5. Potatoes can reflect and absorb wireless signals due to their high water content and chemical makeup.
6. In 1979, the most productive egg-laying chicken was from Missouri, US of which she surprisingly laid 371 eggs in a year.
7. Coconut waters can sometimes be used as blood plasma in the case of emergencies.
8. Annually, it is believed that over 4% of cheese is across the world are been stolen.
9. In 2015, NASA astronauts ate food that was grown in space for the first time.
10. Bizarre but true, humans kill over 1770 animals for food per second.

1. Surprisingly, women were only allowed to start wearing shorts after World War II due to a shortage of fabrics during the war.
2. On average, women will eat up to 4LB of lipstick in their lifetime.
3. The most expensive shoe in the world was designed by Harry Winston and was sold for a jaw-dropping $3,000,000.
4. It is believed that a woman will buy an estimated 145 bags on average during her lifetime.
5. In ancient Europe, women wear green clothes as they believe they will aid their fertility.
6. Sounds strange but one of the major ingredients of the Lipstick is Fish Scales.
7. Statistics suggest 9 out of 10 women own at least one item of clothing they have never worn.
8. Women have a higher tendency to wear jeans when they are depressed than when they are happy.
9. Women often dress sexier when ovulating.
10. Choosing the right combination of clothes can make a woman less anxious and depressed.

1. The longest tennis match lasted for a record 11 hours and five minutes at Wimbledon in 2010. John Isner of the United States defeated Nicholas Mahut of France in a game that finished after three days.
2. Basketball legend Wilt Chamberlain never fouled out of a game throughout his 14 years stint in the NBA.
3. It would interest you to know that the only sport to be ever played on the moon is Golf. On the 6th of February, 1971, Astronaut, Alan Shepard hit a golf ball on the moon.
4. Research suggests that Brown eyes players tend to perform better than blue-eyed players.
5. It would shock you to know that prior to 1910, an incomplete forward pass in football would attract a 15-yard penalty.
6. On average, it takes over 3,000 cows to supply the NFL (National Football League) with enough leather for an annual supply of football.
7. It would shock you to know that the last time athletes were awarded real gold at the Olympics was as far back as 1912. Now athletes are given silver with gold plating.
8. Snail racing does exist and the Championship began in the 1960s. The fastest snail was named Archie and won Gold within two minutes at the 1995 World Championship.
9. Looks strange but Sheep counting is a professional sport in Australia.
10. Wife carrying is a weird sport and it was first introduced in Sonkarjavi, Finland. Contestants carry their wives over a 253 mete obstacle course and the wife must not weigh more than 100 pounds.

1. The first live televised football match was aired in 1937 in a game involving Barnet Vs Wealdstone.
2. Australian international, Archie holds the record for the most goals scored in a single match. He scored a jaw-dropping 13 goals in the 31-0 thrashing of minnows American Samoa.
3. In November 1964, Tommy Ross scored the fastest hattrick of all time against Nairn County in just 90 seconds while playing for Ross Country.
4. Former Liverpool and Arsenal midfielder, Yossi Benayoun remains the only player to have scored a hattrick in the FA Cup, Premier League, and Champions League as of 2021.
5. Surprisingly, Frenchman Zinedine Zidane was never for once caught In an offside position throughout his career as a professional footballer.
6. Since 1982 till date, at least one Bayern Munich player has always featured in the starting lineup of the FIFA World Cup.
7. Sounds strange but former Barcelona player, Laszlo Kubala is the only FIFA recognized player to play for three countries. He played for Czechoslovakia, Hungary, and Spain.
8. The fastest goal ever scored in the history of football was scored at an estimated 2.8 seconds in 1998 by Ricardo Oliveira.
9. The first-ever international football match was held on the 30th of November 1872 between England and Scotland.
10. Both Cristiano Ronaldo and Zlatan Ibrahimović hold the record as the only players to have ever scored in every minute of a football game.

1. The loneliest whale in the world sings and produces a sound at a frequency of 52Hertz while other species can’t hear him because they produce a sound at a frequency of 15-25 Hertz.
2. The only man to swim across the Atlantic Ocean without a kickboard is called Benoite Lecomte in 1998. On average, he swam for eight hours daily for 73 days.
3. Over 20 million tonnes of gold are believed to be in the oceans.
4. Dolphins are one of the most friendly creatures on earth and it is believed they have X-ray visions that make them see through other animals.
5. The Ghostfish is the deepest living fish ever recorded. It was recorded during a live dive at the Mariana Trench at a depth of 8,143 meters.
6. Surprisingly, Octopuses are wired differently unlike other animals. They can regrow their detached arms and brain tissues because their centralized brain can extend into their arms.
7. According to research, it is believed that an estimated 7 million tons of plastics are dumped into the ocean annually.
8. The tallest underwater waterfall in the world is the Denmark strait cataract located in the Atlantic ocean between Greenland and Iceland. Water is believed to be falling at the rate of 11,000 feet and it carries over 175 million cubic feet of water per second.
9. Scientists believe they are over a million aquatic species that are yet to be discovered.
10. The challenger deep is the lowest known point of the ocean and its stands at a depth of 11,000 meters.